I recently posted this on Facebook:  “SHOREBIRDS IN AUGUST!! – I checked my Ebird records to see just how good this week in August has been for my shorebird observations in Washington. The ten days from August 11 through August 20 have been awesome.  Of my 48 shorebird species in the State, I have recorded 39 of them in this 10 day period including such rarities as the LESSER SAND PLOVER, HUDSONIAN and BAR TAILED GODWITS, and WOOD SANDPIPER. Of the 9 species not seen in this period 6 were seen in the first week of September including a super rare UPLAND SANDPIPER and also rare RUFF, SHARP TAILED SANDPIPER and BUFF BREASTED SANDPIPER. The only three species seen outside of this period were super rare RED NECKED STINT (twice in July), super rare WILSON’S PLOVER (in October) and a possible super rare WHITE RUMPED SANDPIPER seen the first week in August.  So we are now in the hot zone for fall migration of shorebirds. Time to get to the coast!!”

There have been too many other obligations to get to the coast but I will be there on September 6th before heading to sea on a pelagic trip the next day.  But there have been a number of good shorebirds closer to home and this post is about them.  Three really good spots have been in Skagit County: Wylie Slough, Hayton Preserve and Channel Drive.  In the past month I have seen 16 shorebird species in those locations:  BLACK BELLIED, SEMIPALMATED and both AMERICAN and PACIFIC GOLDEN PLOVERS, KILLDEER, WESTERN, LEAST, SEMIPALMATED, PECTORAL, SPOTTED, SOLITARY, and STILT SANDPIPERS, GREATER and LESSER YELLOWLEGS, WHIMBREL and LONG BILLED DOWITCHER.  The two GOLDEN PLOVERS were very distant with ID quality photos at best. 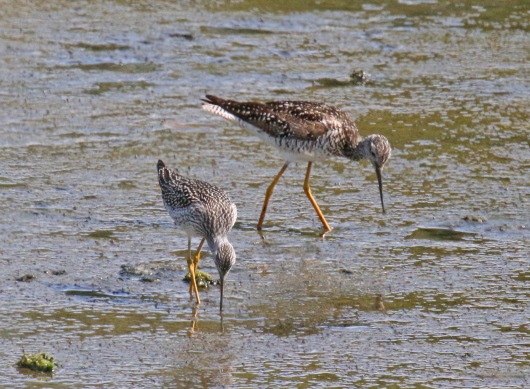 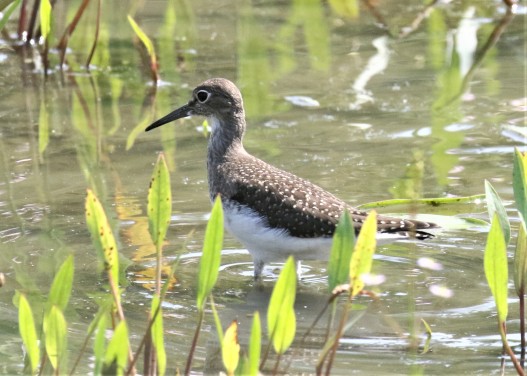 STILT SANDPIPERS were seen at Channel Drive and Wylie Slough and then again yesterday at the Green River in Kent just above the the 200th Street Bridge.  It was accompanied by a WESTERN SANDPIPER and both were very accommodating. 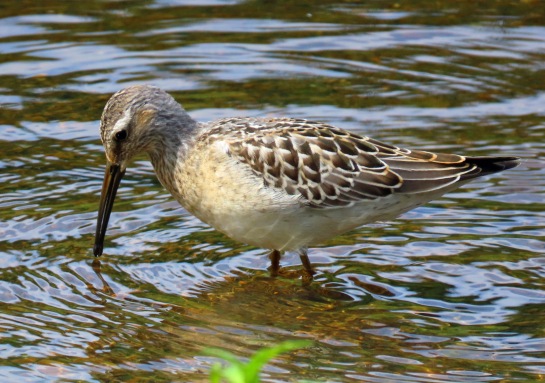 I have already chronicled the trip to Crockett Lake which added HUDSONIAN GODWIT and BAIRD’S SANDPIPER to my shorebird list for the past month.  Earlier I did go the coast in July and had SANDERLINGS, BLACK TURNSTONES and WANDERING TATTLERS, and also a BLACK OYSTERCATCHER at Semiahmoo so 22 shorebird species all told.  Hopefully some more will show up in the next two weeks including my trip to the coast.  Then I am off to the Prairie States back on my 50/50/50 Adventure.  This is not the best time of year for passerines and waterfowl but the shorebirds make for great fun.