Yesterday, Sunday November 5th, I was supposed to go to Neah Bay but something came up and I was not able to go.  A few hours after abandoning the trip I saw a post on Tweeters by Matt Dufort that a Zone Tailed Hawk had been seen at Neah Bay.  It was the first state record for this bird that belongs in Arizona or Mexico.  Are you serious?!?  Had my change of plans caused me to miss this incredible find?

It is 135 miles from my house to Neah Bay – a three hour trip considering the ferry ride and the winding roads.  Not a trip to take on a whim, but it is one I have taken many times in the last few years – chasing some of the incredible birds found there or hoping to find some of my own.  Just last week, Steve Pink and I had made the journey hoping for a Blue Grosbeak, another new state bird for us and another bird that belongs in Arizona.  We missed it (see   ).

Should I make the trek to Neah Bay on Monday and hope that unlike the Blue Grosbeak, the Zone Tailed Hawk would stay around?  What were the odds it would stick another day?  Birding friend Brian Pendleton was in Neah Bay and when I saw an Ebird report that he too had seen the Hawk yesterday, I got in touch and was at least encouraged. If found, it would be such a prize.  So unexpected that when Brian and Andy Stepniewski (both extraordinary birders) saw it Sunday they had thought it was a Turkey Vulture – which although a bit late for it to still be around – was very understandable and which in flight from below looks very much like the Zone Tailed Hawk.  I had recently seen a Zone Tailed Hawk (and also a Blue Grosbeak) in Arizona.  Yes I had missed the Blue Grosbeak in Neah Bay.  Missing the Zone Tail would be far more painful.

The weather was projected to be fantastic and although a couple of others could not make the trip, Carol Riddell was up for the journey so we determined to make the 6:20 Ferry from Edmonds to Kingston and give it a try.   About 30 miles out of Neah Bay, I got word from Brian that he and Andy had seen the Zone Tailed Hawk again this morning – near the High School. YES!!!!  About 45 minutes later Carol and I were at the High School, but the Hawk was not.  But we did find Chuck Jensen and combined efforts exchanging phone numbers and going to different areas.

Not too much later Chuck called – he had found it, but it had flown,  We all continued the search. Finally about 11:00 as we retraced steps again, we saw three birders with scopes and bins looking at something up in a tree along Backtrack Road – an area Carol and I had just gone through 10 minutes ago. It was Chuck and Adrian Hinkle and Mary Lynn (Em) Scattaregia, the latter two who had first found the bird Sunday.  And the bird they were looking at was the Zone Tailed Hawk – perched in the open.  We got great looks and good photos.  A new State bird for Chuck, Carol and me. 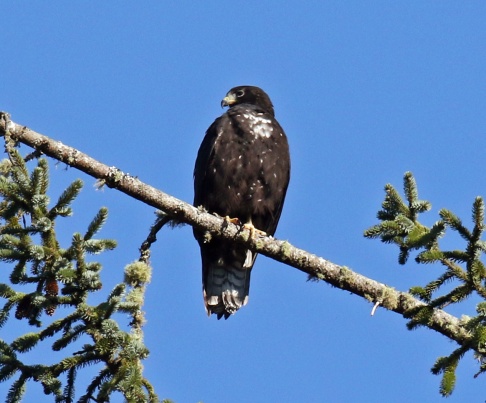 We watched it for maybe 15 minutes and then it flew off.  I got a crummy flight photo which at least showed the trailing white on the primaries.

It was great to meet Adrian and Em and even greater that Carol and I – and Chuck – all got the bird.  WOW!!

Riding our high, Chuck, Carol and I headed over to Hobuck Beach where we understood that White Winged Crossbills had been seen.  We stopped at the picnic area and slithered through the rail fence.  We saw lots of trees with heavy cone crops and searched with our bins.  A few minutes later I thought I heard one calling and raced over to the area and sure enough one was atop a spruce.  Then we found three or four more and all got good photos.  A life bird for Chuck and new year birds for Carol and me.  Had we missed the Zone Tailed Hawk this would have been a great consolation prize but now it was more like a wonderful topping on an astounding dessert. 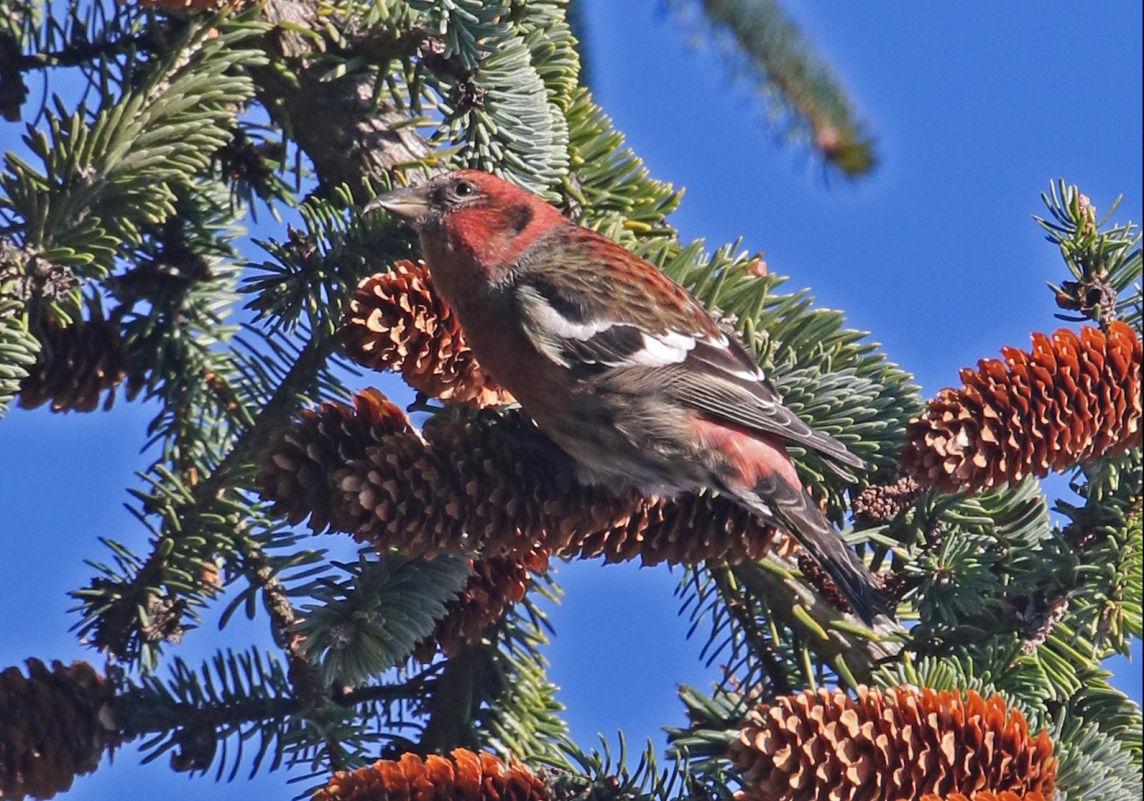 Carol and I checked some more spots in Neah Bay and found nice birds but nothing unusual and nothing new for us for the year.  We were surprised not to see a Tropical Kingbird since last year on November 7th, I had 4 in Neah Bay.  We decided to head for home – very happy indeed.

It is impossible to say what the odds would have been to see a Zone Tailed Hawk in Washington – remember this was the first ever State record.  But whatever those odds would be, the odds would be far far far greater to see the last 5 birds I have added to my Washington State list – three of which have been in Neah Bay.  Those birds are:  Dusky Capped Flycatcher (Neah Bay –  November 21, 2016) – First State Record;  Falcated Duck (Padilla Bay – January 16, 2017) – Third State Record; Horned Puffin – (Neah Bay July 20, 2017) – approximately 10 State Records; Swallow Tailed Gull – Carkeek Park – August 31, 2017) – First State Record and only the 2nd North American Record; and now the Zone Tailed Hawk (Neah Bay – November 6, 2017) – First Record north of California. 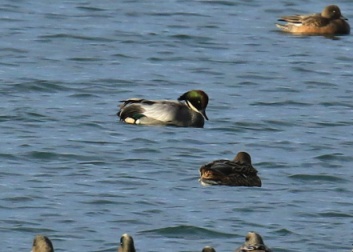 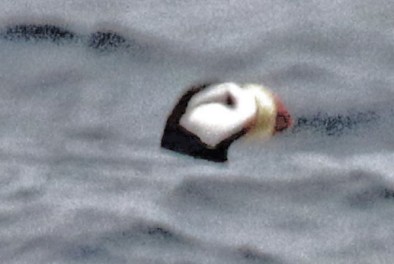 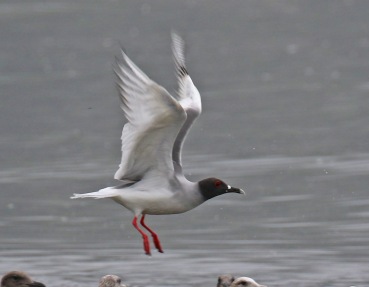 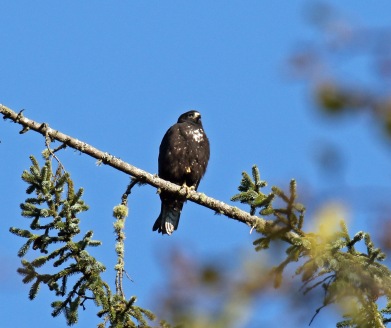 It would be impossible to determine the odds for seeing any one of those five birds in Washington, but it is pretty clear that the odds of seeing all Five must be something along the order of  A BAZILLION TO ONE!!!!