Whether in my blogs or in my conversations with those who are interested, I emphasize that while my 50/50/50 Adventure is definitely about birds, it is really about people – people who share my passion for birds and beautiful places and passion for being with other people who are out there enjoying these wonderful gifts from nature.  There is no better example of this than my birding in Idaho with Keith Carlson and Terry O’Halloran.  And this is especially so as it followed a similarly wonderful day of birding their beloved Walla Walla County with Mike and MerryLynn Denny.  That day also had more than 50 species in a beautiful place with great birders who are even better people.  It really is about people.

I got to know Keith Carlson as a resource for some of the great birds found in Asotin County and from a chase or two there and an extremely special bird across the Snake River in Idaho.  One was a Blue Jay in December 2015 and another was a Red Flanked Bluetail in January 2017.  Each time Keith went out of his way to make sure I saw birds he had already seen.  He was a great guide and great company then and even moreso on this occasion. 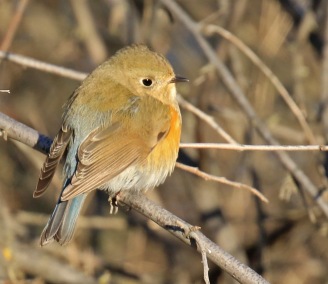 When I asked Keith if he could help with my 50/50/50 quest in Idaho, he jumped on it and not only came up with a plan for the day, he also came up with another birding companion, Terry O’Halloran and with breakfast and with lunch and then went out with Terry on a scouting trip to make sure we could find 50 species.   And then…

And then he and Terry found a Great Gray Owl.  When I got to Lewiston the day before the day of the quest, Keith said we had to get together and talk about a different option.  He told me of the Great Gray and asked if I wanted to go for it knowing it might make it harder to find 50 species since it was not part of the original logistics.  And also knowing it was not a sure thing.  My answer was easy – “Of course” and if we found it it would be a great addition and part of the story of the day.  If we didn’t find it, I was still confident we would find 50 species AND our search would still be a story for the day.  AND it is another part of this 50/50/50 adventure – the getting out and doing – trying, living fully with others and with spirit and a love, a passion for the activity itself.  Results are great, but the main result is participation itself.  Sure let’s go for the Owl.

Keith picked me up at 5:30 a.m. and then we picked up Terry at his house.   It was about an hour to get to Craig Mountain where they had found the Great Gray.  I had learned from my other 50/50/50 trips that it was important to pick up some common species on the way to targeted birding hotspots – birds like House Sparrow and European Starling.  This morning was very productive in that respect.  Aided by some birds at Terry’s feeder including Lesser Goldfinch, we had 16 species within 10 miles of my hotel.  We also had a very photogenic California Quail. 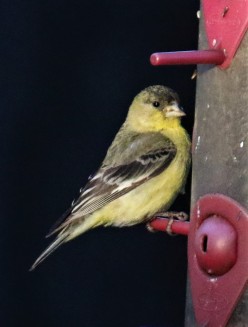 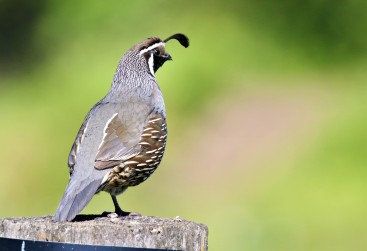 There was high anticipation when we arrived at the meadow where the Great Gray had been seen.  Not going to hold readers in suspense.   The Great Gray did not make a repeat appearance.  Keith was disappointed.  Terry was disappointed.  Sure, so was I – but not as much as they were.  They actually felt more responsibility for the success of my day than I did.  Keith was particularly worried that we had “wasted” time – taken time away from my 50 species quest on this empty pursuit.  Not wasted at all – it was terrific.  We shared the energy and excitement of the chase.  We found many other birds including a completely unexpected Wilson’s Snipe that Keith flushed.  I used the Northern Pygmy Owl tooting call to attract a small flock that included Mountain, Black Capped and Chestnut Backed Chickadees, Red Breasted Nuthatches, Ruby Crowned Kinglet, Townsend’s Warbler and Western Tanager.

We also had other birds in the area including Mountain and Western Bluebirds, Cassin’s Finch, Red Crossbills and a rare Lincoln’s Sparrow.  On the drive out of the area, we found a Townsend’s Solitaire – always a good find. 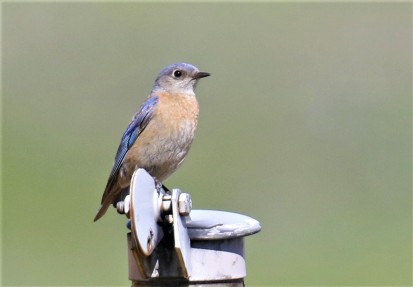 By the time we left the area, we had 33 species from there and 48 altogether.  Not a waste at all – a highly productive and very fun visit and then the local expertise of Keith and Terry took us across the finish line as we visited Red Bird Lane where we had 27 species – 8 new for the day taking us past the 50 species threshold. 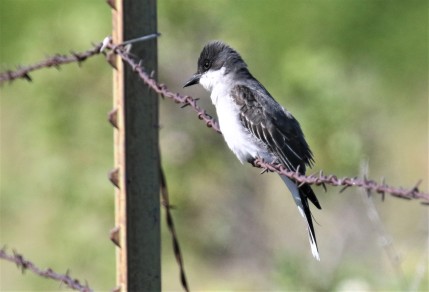 Everything now would be gravy and we had lots of it.  We went to Mann Lake, a place I had heard about many times and seen in many great Ebird reports – famous for shorebirds and waterfowl and rarities.  Not its best time but we still had 7 new species including a Spotted Sandpiper that Keith knew had to be there and with diligence we found.  And then more local expertise and more caring participation because the reality was that as it has been on so many of my visits to other states, my adventure was a shared adventure, a joint activity and Keith and Terry not only wanted it to succeed by reaching some minimum but to be a full on engagement with ongoing meaning and enjoyment.

There had been a report by Carl Lundblad of a Least Flycatcher at a specific spot – with other good birds as well.  We had GPS coordinates and a description and a bird list.  There seemed to be some disconnect between the description and the GPS, but we got to what was almost certainly the right spot and we once again added new birds for the day – Lazuli Bunting, Yellow Breasted Chat, Black Headed Grosbeak, Vaux’s Swift and a Least Flycatcher – maybe…It looked mostly like one and it made all of the Least Flycatcher calls – except no che-bek.  It flew in in response to the che-bek calls but did not repeat them.  It did not respond to Willow Flycatcher calls – but a Willow Flycatcher did.  So maybe…

One more stop both because it was a known Great Blue Heron roost spot and also because we needed to eat those lunches that Keith’s wife had prepared for us.  And fittingly there would be one more great bird as two Common Nighthawks flew over us with their loud and familiar “pe-ent” call. 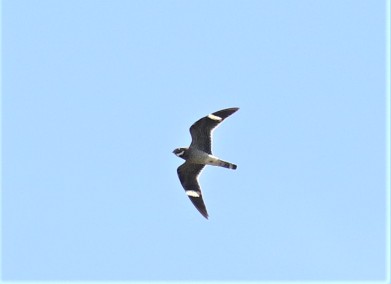 It was only 2 o’clock.  Keith and Terry were game for anything.  We had observed 77 species for the day.  We could continue and probably add another dozen or so.  My earlier planning had assumed it would take all day to get our 50 species so I would be staying at a hotel in Lewiston for another night.  Keith had already vetoed that plan inviting me to spend the night at his home.  Either way, I would then have made a long 8+ hour drive the next day to Twin Falls enabling me to try for Cassia Crossbills the next morning before heading off to Salt Lake City (another 4 hours away).  Now there was another option.  I could head south and stay at McCall, ID halfway to Twin Falls.  That would make it possible the next day to get to the Crossbills spot in the afternoon, find them if I got lucky or more likely scope out the area and make another try the next day.

The choice was mine.  Keith and Terry had been so giving of their time.  It was a Sunday and I was sure there were other things they could be doing.  Splitting the 8 hour drive in half was appealing – heck, Keith had done all the driving this day, so I was fresh.  And somehow it seemed fitting to end the day with the Nighthawk – newly arrived in the area just for me/us to see.  I decided to head south and the results of that decision have already been written up in another blog post on the Cassia Crossbills (yes I found them the next day – or rather they found me).

So another successful 50/50/50 day – great birds, great places and great people.  Idaho was state #39.  Time with Keith was great.  Meeting Terry was great.  Seeing new places that I had only read about was great.  Many thanks to Keith (and his wife) and Terry.   They even provided perfect weather.