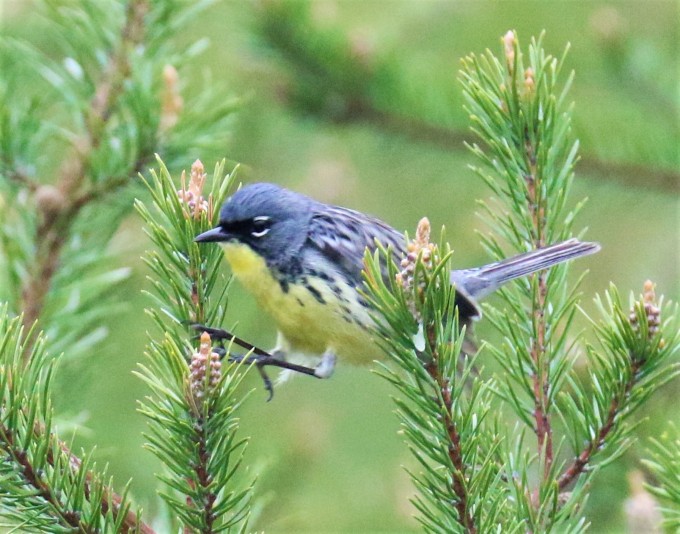 When I was initially planning the Michigan part of my Eastern Birding Marathon, I knew I wanted to see a Kirtland’s Warbler but I did not think I could do that as part of a 50 species day.  So I thought I would bird somewhere in the Ann Arbor area and then head north for the Kirtland’s Warbler on a following day and then head to upstate New York.  But then two women entered the calculations and favorably changed my plans.

First I contacted Karen Markey, a superb birder in the Ann Arbor area seeking her help in choosing birding locations and maybe her company on my 50 species day.  Then the new special lady in my life, Cindy Bailey, said she would like to join me for part of my trip.  Karen told me about the Tawas Point Birding Festival which she assured me would enable me to find 50 species in a day and which included a field trip to see Kirtland’s Warblers.   Cindy was game even though it meant a pretty hectic schedule that included a short visit to Magee Marsh the day after the flight from Seattle and then a long drive to Tawas.  It worked perfectly…

The Magee Marsh story will be written later, but as good as it was, it was relatively slow and definitely not a fallout with easy to see close in warblers in every tree.  I had not exactly promised that to Cindy – a beginning birder for sure – but I hoped for that to build her interest.  Tawas came to the rescue.  Our first outing was an early morning bus ride to the Pine River Preserve – one of the areas carefully managed for the Kirtland’s Warbler.  It was led by Sam Burckhardt who is intimately involved as a volunteer in the Kirtland’s story and by Eric O’Neil from Fish and Wildlife.

The same trip the day before had been successful…sort of.  A number of Kirtland’s Warblers had been heard but at most there had been a brief visual sighting – maybe.  I had never seen or heard a Kirtland’s Warbler before.  I would be disappointed without a visual, so it would still be a much sought after ABA Life Bird even if just heard, but I really wanted to see one and really wanted a photo.  There was high anticipation as we neared the habitat area and then the bus stopped.  I was surprised.  On one side of the road was a seemingly mature forest with tall trees.  On the other side, the trees were much smaller and much shorter and it was these trees that were the favored ones for the warbler.

Within moments of getting off the bus, Sam heard a Kirtland’s Warbler  singing.  Maybe ten minutes later one popped up briefly – a visual – a Lifer.  More singing from elsewhere and then ten minutes after that one came fully into the open and sang for us and I had my photo.   All told we heard at least 8 individuals and had visuals of two males and one female.  It appeared to Sam and Eric that one male and the female were pairing up – a very encouraging sign. 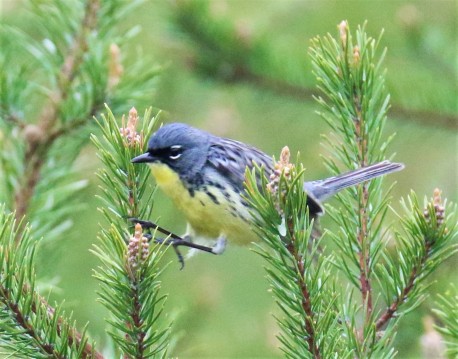 The Kirtland’s Warbler is a great conservation success story.  Almost extinct 50 years ago with fewer than 200 pairs, today there are more than 2500 pairs.  The Forest Service has protected and expanded the Jack Pine habitat with controlled fire burns as well as preventing major fire damage. Things look good on the limited breeding grounds but as Sam explained, there are grave concerns in the wintering area in the Bahamas.  Changed farming practices threaten the availability of the insects needed to sustain the warblers there.  Time will tell.

I was privileged to spend a lot of time with Sam Burckhardt who shared his great local knowledge to help me plan the rest of the trip to find 50 species on this day.  Being able to do that with the Kirtland’s Warbler as part of the story was more than I had originally hoped for.  Our next stop added not only more species for the day but also a wonderful favorite bird – a Red Headed Woodpecker.  [Sam was having a big day as well.  Sandhill Cranes had hatched a chick on his property and like a proud grandpa, he was eager to get back home to see if the second egg had hatched.  Hoping it did…]

By the time our morning tour was over, the species count was approaching 50 and there had been some other really good birds as well, especially a flyover Northern Goshawk, but by far the best part for me was having Cindy fully engaged and excited.  This literally was only her 4th day of birding and what a start – great birds including Black Oystercatcher and both Harlequin and Long Tailed Ducks at Semiahmoo, many wonderful birds in Eastern Washington on our trip joined by Ann Marie Wood, a half day at Magee Marsh and now a Kirtland’s Warbler and a Red Headed Woodpecker in Michigan.  And it got better.

The “better” was at Tawas Point State Park.  When we first got there, we took a wrong turn and headed off to the beach where it was windy, cold and relatively birdless.  Then we hit the correct trail and there we found the birds.  And unlike at Magee Marsh, many were low in small trees and much easier to see often with multiple birds in the same tree.  These were among the highlights:  Clay Colored Sparrow, Baltimore Oriole, 13 warbler species, Scarlet Tanager, and Rose Breasted Grosbeak.  One of the Warblers was a very rare Kentucky Warbler. 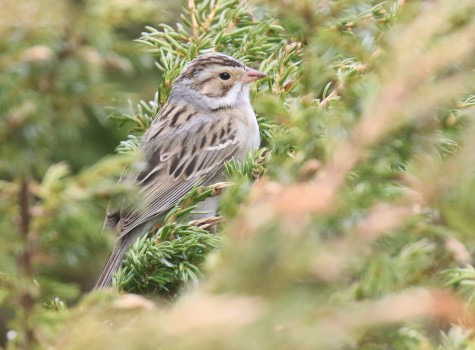 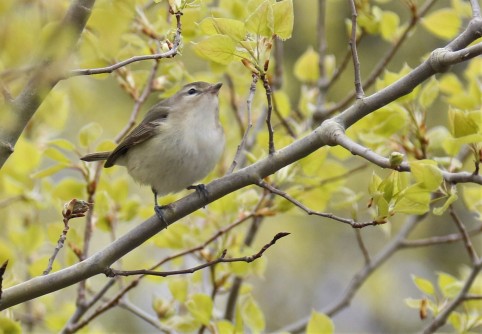 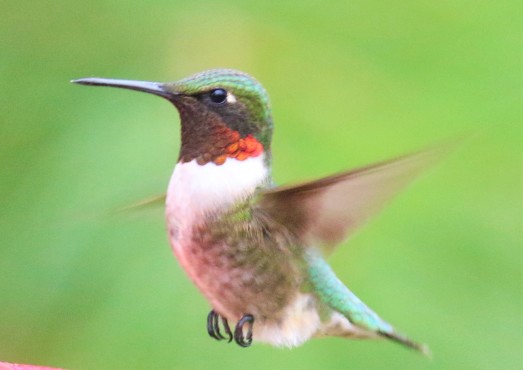 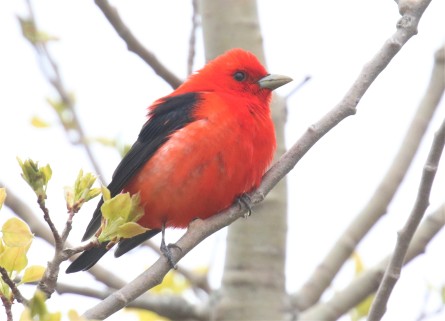 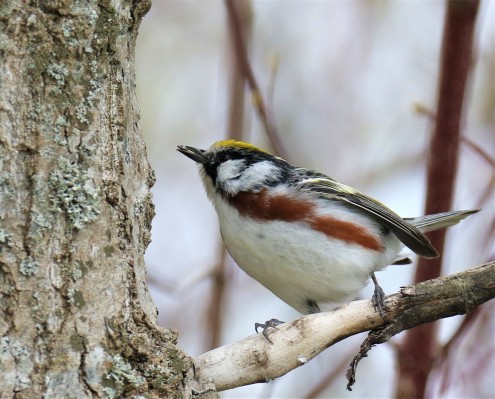 The photos are all of birds that were close and relatively easy to see.  Nowhere’s near the crowds of Magee but there were many birders enjoying these beauties.  The Tawas Festival, organized and run by Michigan Audubon, is low key and accessible and should grow in future years.  I would like to come back for several days in the future.  This was exactly the experience I had hoped that Cindy would experience and she was enthralled by the lovely birds and found many on her own.  We ended the day with a trip to the Tuttle Marsh Wildlife Area, another place recommended by Sam Burckhardt.  There we heard the call of the Whippoorwill which does indeed sound like Whip Poor Will – over and over.  After two long days, this was proof positive that Cindy was a trooper and at day’s end we had 79 species.  This was State #35 with 50 species in a day for my 50/50/50 Adventure – a great day indeed.

The next day Cindy and I headed off to a couple of non-birding vacation days at Niagara Falls, but we had one more birding stop.  A Henslow’s Sparrow had been reported at 25 Mile Road in New Baltimore, Michigan.  There were also Bobolinks in the area.  It was mostly on the way, so we made a stop in threatening weather.  I immediately heard Bobolinks when we arrived at the unmowed grassy field.  Cindy heard them, too, and we had distant visuals.  That was at a private field and we stayed on the edge.  A short way further along the road there was a public field.  We heard more Bobolinks and headed into the field for a better look and possibly a chance for a Henslow’s Sparrow.  This was a brilliant stupid move.  Brilliant because we got better looks of Bobolinks and really brilliant because I heard the distinctive call of a Henslow’s Sparrow which then flushed for a quick confirming look.  But stupid because we forgot about ticks and almost really stupid because as we got farther out into the field the rain started.  We got back to the car just before a true downpour … and heard a siren.  What was that all about?  My brain slowly engaged and I realized it was an alarm signal for possible tornadoes.  This was confirmed by a sign we saw later.  OK – we did not get drenched and we did not get flattened by a tornado.  But we did each get a tick – pulled off before any biting.  And if we had not ventured out, there would be no Henslow’s Sparrow – my second ABA Lifer in Michigan.  So a good story all around.