In 2013, the American Ornithological Union (AOU) split “Sage Sparrow” into two distinct species – the Sagebrush Sparrow and Bell’s Sparrow.  Then the headaches began as it can be a challenge trying to tell the two species apart in the field.  It does not help that especially the Bell’s Sparrow can be difficult to get into the open in its sage/chaparral habitat where it tends to remain on the ground.  Thus for photos, birds singing on open perches are helpful and almost essential.  Per my previous blog, Black Canyon Road just east and north of Ramona seemed the place to go.  I had excellent directions from someone who had found singing Bell’s Sparrows there a week earlier.  However, on my first visit, I found no birds singing, none in the open and maybe one buried in deep foliage.  So – no photos.

That first visit had been for two hours starting at 10:00 a.m.  I searched diligently and tried playback.  Just no results.  This time I hit the first designated target zone around 7:30 a.m.  What a difference.  I almost immediately heard a Bell’s Sparrow calling uphill.  It took a while to find it but there it was in a tall Century Plant.  I got my first photo which I include here but there were to be much better ones to come.

On my earlier visit there had been a few birds around including an unexpected Rufous Crowned Sparrow, but today there were many more and I had Bell’s Sparrows in the open and/or singing and responding to play back at several stops.  At least 7 and maybe as many as 9 as I am not sure if some of the “singers” were then seen later.  And interestingly this did not include a stop where the previous reporter had seen 4.  I had worked so hard before (twice) without success.  This time it was easy.  A reminder that you just have to put in the time to get rewarded.

Before these observations, I was not sure that I could be 100% positive about the ID of a Bell’s vs. Sagebrush Sparrow in the field but only the former is found in this habitat and the song is distinctly different. Additionally I now was keyed in to how the back of the Sagebrush Sparrow is streaked and the Bell’s is plain (kind of the opposite of the ID Challenge yesterday between American and Red Throated Pipits) and was confident with this distinguishing field mark.  Also the malar stripe is darker in Bell’s but that is a hard comparison without seeing both.

I continued birding in the area for about two hours.  There is a wonderful riparian area another mile or so past the sparrow spots and it was great.  It probably would have been even greater if I knew the local bird songs and calls as many went unidentified.  Including the sage chaparral I had Wrentits, California Thrashers, California Scrubjays, California Quail and California Towhees.  Three woodpecker species: Nuttall’s and Acorn and also Northern Flickers.  Bewick’s, Canyon and Rock Wrens.  Also Western Bluebirds, Spotted Towhee, Hutton’s Vireo, Common Ravens, House Finches and Lesser Goldfinches.  And of course plentiful Yellow Rumped Warblers.  Lawrence’s Goldfinches have been there in the past but not today so that target remains unhit. 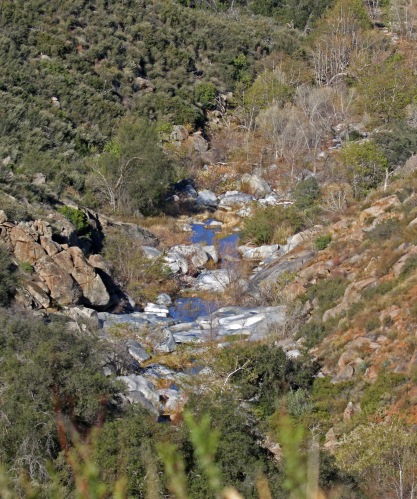 Heading back west almost back at the pavement, a White Winged Dove flew by.  Unmistakable wing pattern.  I did not know that it was rare in the area.  When I saw that it was I drove back to try for a photo but could not find it.  There were lots of Eurasian Collared and Mourning Doves around as well.  I was really pleased with the morning with the highlight of course being the Bell’s Sparrow.

In my earlier research I had noted two areas nearby that looked very interesting.  My first stop was at Dos Picos County Park and then I went to the Ramona Grasslands area around Rangeland Road.  There was nothing terribly exciting at Dos Picos, but I added Oak Titmouse for the year and White Breasted Nuthatch and Dark Eyed Junco for the trip.  There was also a pair of copulating Red Shouldered Hawks and good views of both Acorn and Nuttall’s Woodpeckers.  By the way, Red Shouldered Hawks are often quite noisy.  I can personally testify that this applies to their sex life as well. 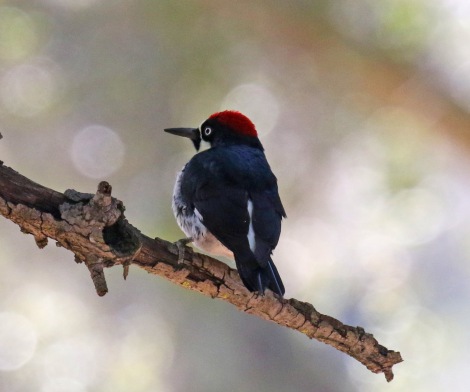 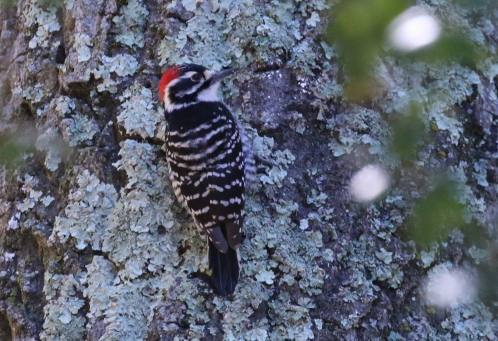 This was yet another place where a Black Phoebe was hyper active.  At least by now I was used to the call and movement and did not turn my head asking “what was that” each time I saw or heard something. 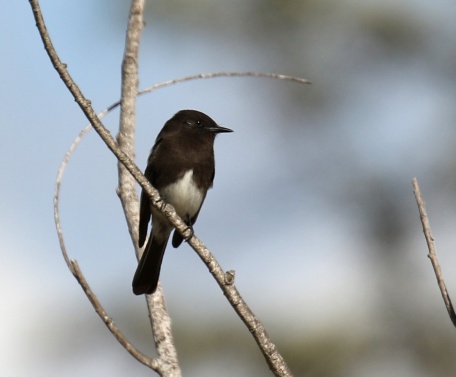 The Grasslands were entirely different – with many different birds – some new for the trip.  I met a young biologist who was doing a survey for a conservation group.  He pointed out a Burrowing Owl that I would never have seen without his help.  This was a new year bird.  Lots of Savannah Sparrows and lots of Mountain Bluebirds, another new year bird.  I also had Cassin’s Kingbirds, Loggerhead Shrikes, lots of Meadowlarks, a Say’s Phoebe and a pair of Ferruginous Hawks.  I did not find the Vermilion Flycatcher that had been reported there. 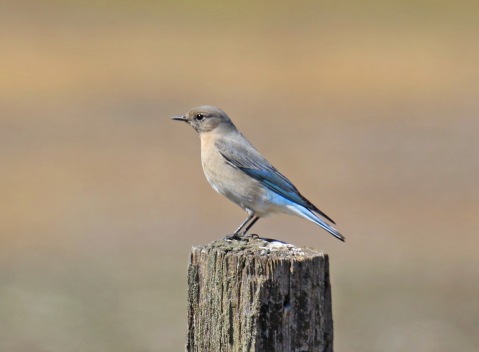 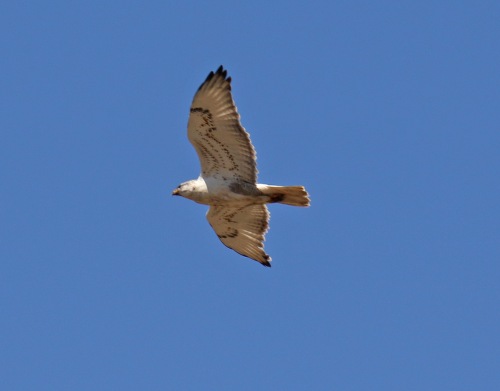 It was only 1:00 p.m. and my flight home was not until 9:30.  Lots of time to bird but I had found all of my targets (YAY!!) and was really dragging.  If there was a chance for Lawrence’s Goldfinch I would have somehow found the energy, but that was not an option.  I considered just pulling over somewhere and taking a snooze but then opted to head to the airport and see if an earlier flight was possible without too much cost.

Ever since finding the Greater Pewee the previous morning, things had gone even better than I could have hoped for.  My good fortune continued at the airport.  A very helpful lady at the Alaska Airlines counter found me a flight that left four and a half hours earlier than my flight, got me a good seat (the last one on a full flight) and made the change for $25.00.  This was a bargain and instead of being home after 1:00 a.m. the next morning, I was home by 9:00 p.m. that night.  Best $25 I have ever spent.

So after a bad start, this had been a wonderful trip.   I had two new ABA Life Birds – the Red Throated Pipit and the Nazca Booby – with photos.  I also added ABA photos of the Greater Pewee and the Bell’s Sparrow.  All told I had 109 species for the trip and had added 26 new species for the year.  I have no goal for year totals this year, but since Ebird tracks such stuff I do pay attention.

I started my birding while I was in California way back in 1971.  It is second to my home state of Washington for number of species seen.  Not an impressive list given the number of birds seen there, but I had added 10 species to that state list as well.  By any measure this was an excellent visit.

One thought on “Finally a Bell’s Sparrow Photo”