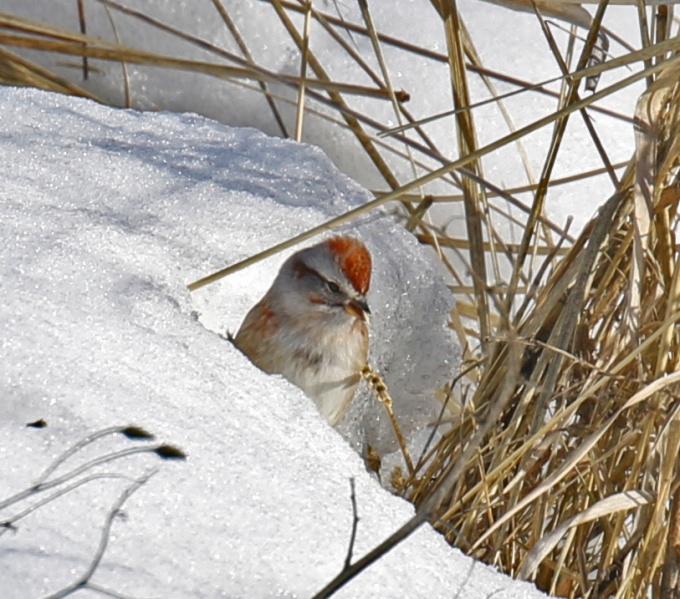 It has been a very full month.  My quest for 200 species in Washington in a Big Month was reached and passed.  As I have learned from other “numbered quests” or Big Years, even when a targeted number is reached, there is still the feeling – “well, since I won’t be doing this again and there is time left, let’s see what else I can do.”  Maybe that is a form of addiction – just NEED one more… Certainly it was a given that once I hit 200 species and there was time left – I would go for some more.  It is not really a competition – at least certainly not with anyone else.  Moreso it is a personal challenge – “is there more left in ME?”

As I have written before, these kinds of challenges provide a framework for my birding.  Maybe it would be better to just go out and enjoy birds and birding wherever without any specific plan or goal – just be in and enjoy the moment.  I have found that at least for me, having a target, a plan, a goal, a “project” brings me that same “in the moment” feeling but with some structure that not only does not get in the way but actually enhances each moment – whether there is a hit or a miss.  There is just a heightened awareness that is consuming and enjoyable.

Also as I have written before, birding is often a kind of distraction.  Being absorbed in my “birding projects” enables me to distance myself from other things – negative things that unfortunately are part of my life:  Being far away from my kids; imperfect relationships; no longer working – missing those challenges and those client intersections, and the challenges of “yet another deal”.  Probably also at times a distraction from things I should be doing including the mundane things like paying bills, doing laundry, shopping etc.  And maybe from some other not so mundane things – building friendships and relationships, writing that book I have thought about, finding new things to positively occupy my time and use my abilities.  I sure ain’t perfect.  If you are – please write that up with an instructional manual and share it.  But for all of that, months like this one are pretty darn good – not measured by birds seen – but by challenges met, places visited,  and especially people along the way.  Friends, acquaintances, birders and non-birders, a very wide ranging group – all with their imperfections, distractions, engagements, appeals and stories.

And in the end I believe finding stories is the goal – again repeating words previously used.  Life should be about stories – from our experiences and observations – and maybe sharing them – sometimes just again with ourselves and sometimes with others – in the field, on those long drives, over food and drinks, in blogs, posts, messages, calls (and yes for some but not for me – even tweets and selfies).  I have found that taking photographs of birds helps me tell my stories – certainly to others – but maybe more importantly to myself.  I revisit those pictures and remember.  From the perspective of stories, this has been a really good month.  I have chronicled and cataloged some in the blog posts for the Big Month.  But many others have not been shared – at least broadly.

Ten of many more than ten story snapshots:

(1)  Talking with Jim Shinn at the Cowlitz hatchery and learning that he “lost” the competition for Chris Anderson to Phil Anderson (of Westport Seabirds) “way back when” – and that he still loves them both.

(2) Deb Essman throwing corn to the waiting Wild Turkeys on that ranch in Ellensburg and having the turkeys flock in just like the rancher (a real character) said they would.

(3)  Finding out that the fly-fisherman at Rocky Ford Creek was one of the owners of a large Lavender Farm in Sequim and that he really wanted to see what bird was making that pig sound and how happy he was to see the photo of the Virginia Rail I had taken moments before.

(4) Seeing the look on the young boy’s face when I was finally able to locate a Short Eared Owl at the West 90’s and share it with him and his family.

(5) Talking with a lady that I expect is the owner of the Breadfarm in Edison about the bakery’s Kouign Amman pastry – an absolute delight – and their business.

(6) Meeting a photographer/birder at Juanita who was from Aruba and was on vacation and wanted more than anything else to get a picture of Wood Ducks.

(7) Watching Mike Denny tossing loaf after loaf of bread to the gulls at Lower Monumental Dam – and of course it was important to see if he could scale the next slice – even further.

(8) Showing bird pictures to many folks along the way including the hotel clerk in Walla Walla who was doing a night shift to earn money to help pay for her college – and who could not get over the fact that there were owls nearby.

(9)  Great times at feeder stake outs for Blue Jay, Western Tanager, Rose Breasted Grosbeak, and White Throated Sparrow – visits with the feeder owners and others who came to look for the birds.

(10) The MANY folks at gas stations, parking lots, parks, motels and restaurants who when they saw my camera and binoculars wanted to know if I was – a nature photographer, birder, journalist, researcher etc. and then almost no matter what my answer, the next question was whether I had seen “the Eagles“.  How do you properly explain that you have seen hundreds of Eagles and that you are looking for some far less charismatic bird?  You don’t.  You are happy for their enthusiasm and that conservation efforts have made Eagles so commonplace now.

Prior to this year, the most species I had seen in Washington in any January was 154 in 2015.  I originally set a goal of seeing 175 species and if that worked out well – pushing for 200.  Luck, work, the appearance of unexpected species and lots of help from others got me to 200 on January 24th.  On January 28th I saw my 208th species.  On the 29th, Jon Houghton and I tried for a Violet Green Swallow that had been seen at the Green River Natural Wildlife Area the day before.  Neither the weather nor the Swallow cooperated so I declared the Big Month project completed and I am writing this on the 30th.  No birding today.  If something “incredible” shows up today or tomorrow, sure I will go for it, but otherwise 208 it is and I am very pleased.

There were misses along the way and in retrospect I see how I might have “managed this project” differently.  If energy and luck had held, I think finding another 20 species was possible of which maybe 13 were just outright misses.  These include: Lesser Black Backed Gull, Say’s Phoebe, Burrowing Owl, Osprey, Ruffed Grouse, Pine Grosbeak, Sharp Tailed Grouse, Tricolored Blackbird, Yellow Headed Blackbird, American Pipit, Great Gray Owl and that Violet Green Swallow.  A trip to Neah Bay through Port Angeles might have added White Winged Dove, Black Kittiwake and Ruddy Turnstone.  If I were even crazier than I often appear, I could still try for one or more of these tomorrow – but nope, it’s just not going to happen.  And for the record, at least according to Ebird, 234 species have been seen in Washington this January.  Lots of opportunities – but it is a BIG STATE!!  And what about this “opportunity”?  If Westport Seabirds had scheduled their first trip for January instead of February (weather permitting in either case) who knows how many more species might have been seen.

So much for looking back.  What’s ahead?  Most importantly there is that as yet unscheduled trip to Boston to visit my daughter and son-in law and what will then be my first grandchild.  That will be the best trip of the year for sure and by far.  On the birding side, I have scheduled a trip to Texas in April and hope to get to Arizona sometime in the next couple of weeks.  Frank Caruso and I are trying to schedule a visit to North Carolina – head out on two pelagic trips with Brian Patteson.  Possibly another trip to San Diego – more pelagic birds and maybe some new ABA photos.  If all goes well, I can hope to add another 10 to 15 ABA life birds and another 25 to 35 ABA photos.  And I am sure there will be some additional Washington birds as well – but no goals now that January is done.

I also hope to meet many new great people and to see more of those with whom I have  already spent time.  And many thanks to many folks who have helped in the field and behind the scenes this month.  I could not have done it without them.  In alphabetical order they include:  Ann Marie Wood, Blue Jay Barry, Bob Boekelheide, Brian Pendleton, Bruce Labar, Carol Riddell, David Poortinga, Deb Essman, Frank Caruso, John Puschock, Jon Houghton, Mark Tamboulian, Max and Melissa Kingsbury, Melissa Hafting, Mike and MerryLynn Denny, Stefan Schlick, Steve Pink and Todd Sahl.  Apologies to the folks I have forgotten and thanks to everyone who posts on Tweeters and Ebird.

I have been asked a number of times about my “best” or “favorite” birds during this Big Month.  They have all been included in previous writings and are in “my top list” for varying reasons.  I will close with this group of ten – meaning no disrespect to any of the others.  There easily could be another thirty. 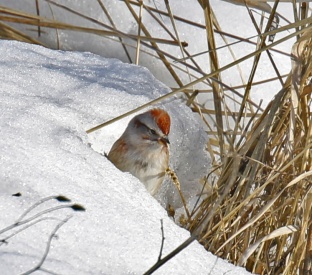 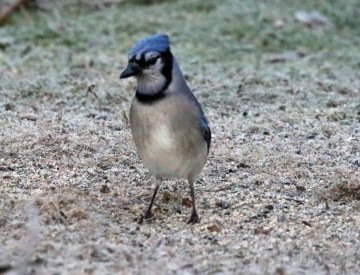 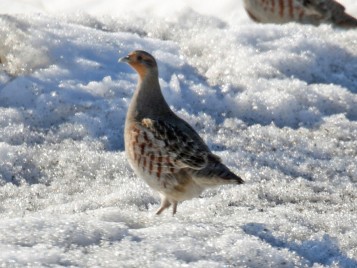 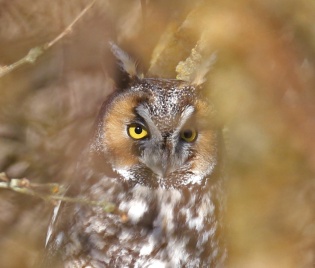 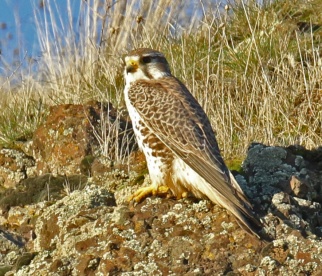 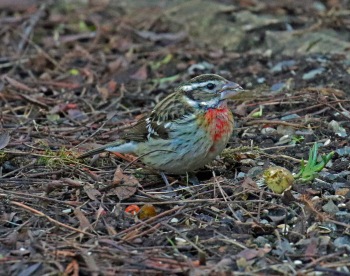 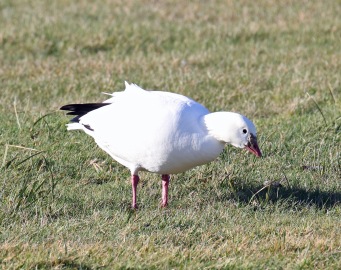 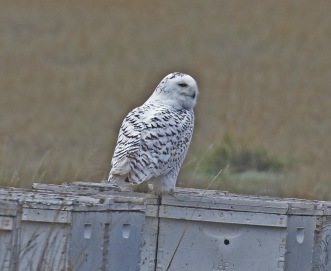 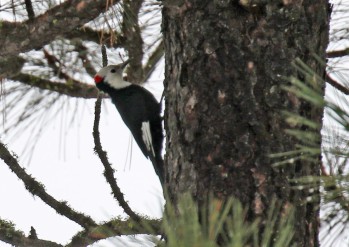 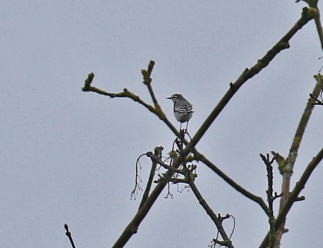 Goodbye January…Thanks for the Memories!!

Leave a Reply to your daughter Cancel reply