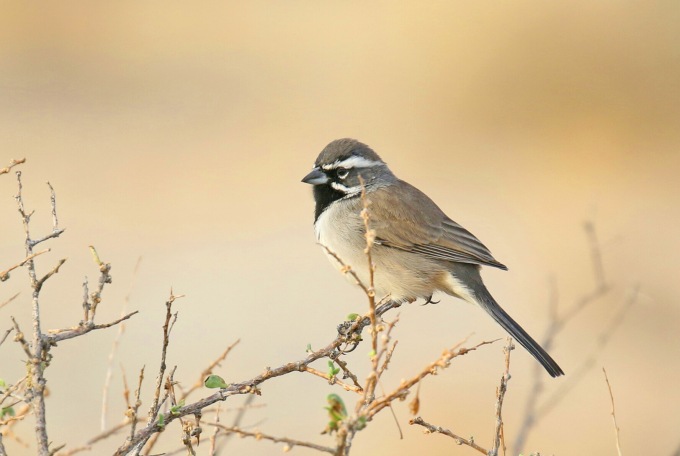 I returned to the Borrego Springs WTP early in the morning on Sunday hoping to maximize my chances for sparrows which I had totally missed the afternoon before and hoping that somehow a LeConte’s Thrasher might show up.  Before that, I drove some of the back roads in the near dark hoping for some wildlife on the road.  Lots of rabbits and a skunk but the prize was a Bobcat in a thinly populated residential area.  At the WTP, it was mostly the same birds as the previous visit.  In the better light I was able to confirm that my “Sage Thrasher” was indeed a Northern Mockingbird and no other thrashers were seen but there were some sparrows. 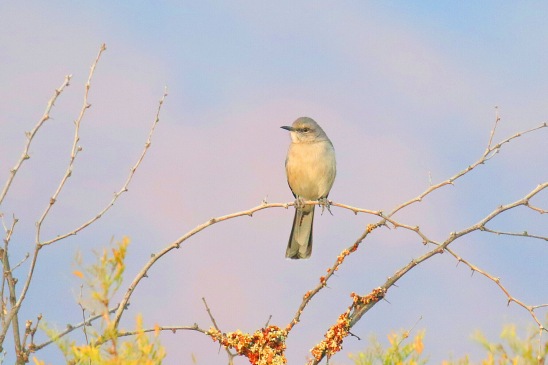 Again the Phainopeplas were the most noticeable birds as they would sit out in the open and called to each other and to recognize me in the area.  How different the plain brown female from the bright black male.  But the bright red eye is there on both – glistening in the sun. 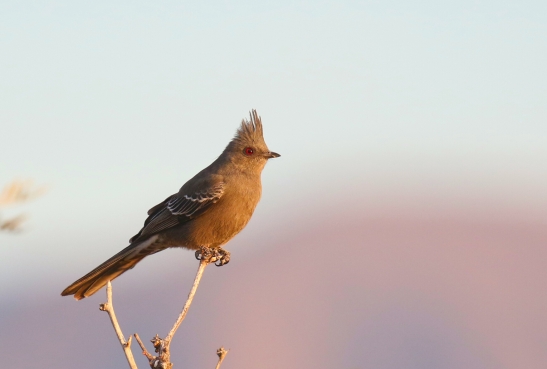 In this area the closely related Bell’s Sparrow and Sagebrush Sparrow both exist requiring very good looks and a photo to make a positive ID.  Unfortunately my looks were distant and whenever I approached, the two birds flew off and further away.  After repeating this exercise for three flights, I gave up and just listed the sparrows as either of the two species.  More cooperative were some Black Throated Sparrows, one of my favorites.  I would later see quite a few at the Anza Borrego Park Visitor Center but these were the first for this trip. 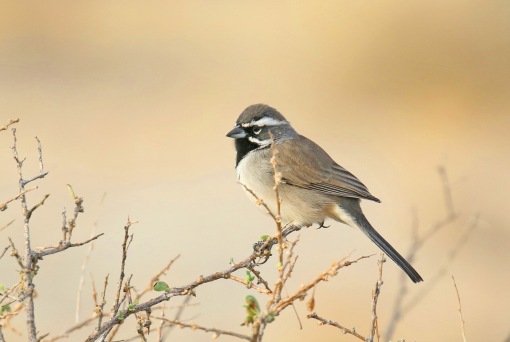 Absent the past two years, this sparrow was found off Recreation Road near Vantage, WA in the summer.  I miss them and hope some will return.  I spent over 90 minutes working the WTP area and probably hiked around for more than 2 miles before opting to go to the Visitor Center.  Anza Borrego Park includes more than 600.000 acres and is the second largest state park in the U.S. behind Adirondack State Park in New York.  Much of it is back country accessible only with off road vehicles.  It is ruggedly beautiful.  I did not add anything new at the Visitor Center but I did learn that the Verdin’s nest that Lynette and I saw just a couple feet off the ground and along a main path back in late January had not survived – expected news but disappointing.  I talked with one of the naturalists at the Center about LeConte’s Thrashers.  She confirmed that they were around but very difficult to find especially at this time of year when they are not singing.  My only new bird was a Ladder Backed Woodpecker.

The naturalist suggested trying a dried up sandy lake bed off Rockhouse Trail Road.  Off I went and spent the next two hours there both on foot and driving looking for my nemesis thrasher.  The habitat looked perfect but no thrashers were found – only some of the same birds seen earlier and not very many at that.  Time to head west for San Diego.  I would be able to get in some late afternoon birding and have the entire next day there plus the morning of the following day when I would fly back to Seattle.  It would have been about 75 miles to my first stop near San Diego – Lake Hodges near Escondido – but I had my first location mishap of the trip and lost a birding opportunity and a lot of time. 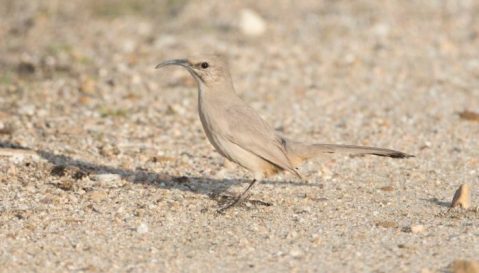 A big disappointment on my Arizona trip in August was that we did not pursue a Black Chinned Sparrow.  There were some not far from one of our stops but apparently, it just did not fit our schedule.  I had seen this sparrow previously but did not have a photo.  So when I saw one reported on Ebird somewhat along my route to San Diego, I plugged in the coordinates and went on the chase.  Everything went well until the last turn off about 2 miles from the designated spot where the observer had written “Adult male noted on east slope of preserve near water tank”.  My GPS took me to a locked gate on a primitive road where I could see a blue water tank far up the mountain but there was no way to get there.  I googled the Preserve name and came up with nothing and drove around for 30 minutes looking for another way up – nothing but a lot of wasted time and effort and my first real unhappiness of the trip. 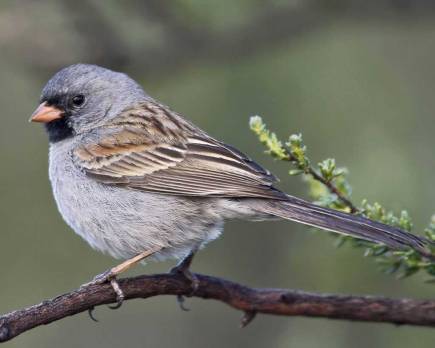 With two hours wasted, I retraced some steps and headed off to Lake Hodges which was one of the spots where I was likely to find a California Gnatcatcher – an ABA Life photo bird.  I worked the trail around Lake Hodges pretty hard and was able to located both Blue Gray and California Gnatcatchers.  I got a decent photo of the latter and don’t include it here but (hint, hint) I got a much better one later at a different location.

After and compared to the adrenaline rushes of the previous days, this had been pretty boring.  The photo of the California Gnatcatcher was a new one and I added 7 species for the trip but that was all.  Maybe tomorrow.