It happens every year about this time.  The rains return to the Northwest.  Migration is mostly over.   I have chased birds, traveled all over the state and especially this year all over the country.  I have seen lots of really, really good birds.  It is October 19th and most of the show is over as I have seen most of the birds in Washington that I am going to see for the year.  Of course I would like to see more.  But what? Where?

In the previous five years I have averaged almost 355 species in Washington each year.  With different priorities and goals, there will be far fewer this year.    In those past five years, after this date, I have averaged about 15 new species for the remainder of the year.  Maybe that will be the experience this year as well and with some luck, maybe some surprises and a trip or two to the always fantastic Neah Bay and maybe a visit to the Okanogan, at most I might see 325 species this year – and that will be terrific.  It has been a good year in Washington and especially elsewhere.  Now what?

As I sit here today on October 19th, there is nothing specific to go chase – just some spots that might be productive with some luck – no certainties to add to the list.  I have some time in the next week to go birding.  What to do?  Thinking about that got me to dreaming.  What if I could somehow will some very special birds to show up – what would they be, what would I most want to see?  And since this has been a year with goals beyond the borders of Washington, what if my dreaming could include all of the ABA area?  That exercise led to the following bucket list of my top 10 Birds to round out the year.  My Dream List (all photos are from others or by me not in Washington).

I have mentioned this before.  A male Smew is at the very top of my bucket list.  Sure I would love it to be in Washington and there have been a couple of observations in Washington in the early 1990’s.  I have never seen one.  Maybe next year.  It has to be a male and I want a photo. (See https://wordpress.com/post/blairbirding.wordpress.com/7931)

This one does have to be in Washington.  It is my most wanted photo for the State.  I have heard many and had a very fleeting look at one.  This photo is by Dan Reiff and was at Sunrise at Mount Rainier where I had my only visual.  I tried again this year – unsuccessfully.  There is an outside chance to try once more.

Maybe this year’s Swallow Tailed Gull means anything is possible, and an Ivory Gull was seen at Point Roberts in December 2001, but this is a tough bird to get anywhere – with Barrow Alaska being the most likely spot.  This photo is of one seen at Plymouth on Cape Cod (I was just there) in January 2009.  A real beauty.  It would be fantastic.

I first saw this bird at the Mai Po Nature Reserve outside Hong Kong in December 1979 where it is common.  Just over a year later I saw another one in Oregon in February 1981.  It is extremely rare in the U.S.  One was seen by a few observers at the Jensen Access in Skagit County in late November/early December a couple of years ago.  Maybe it will return this year.  I would love to add it to my photo list and to my Washington State life list.

This photo was taken by Knut Hansen of the McKay’s Bunting found at Ocean Shores in February 2012.  With several other birders, I tried (and failed) to relocate the bird the following day.  I had previously seen one there 33 years earlier in February 1979.  So not a lifer or even a new state bird, but I would love to check it off of the birds seen but not photographed in the State. (See https://wordpress.com/post/blairbirding.wordpress.com/7931)

I will not go into details, but this bird holds the title of Bird I am Angriest to Have Missed in Washington.  It was seen on October 10, 2015.  The photo is by Ryan Merrill.  NOT a happy story.  Maybe someday.

The preceding birds are all ones I would like to see and/or photograph in Washington.  Three would be ABA Life birds and two more would be new State Birds.  The other two would be new State photos.  The next three are birds that would have to be seen elsewhere – two lifers and a life photo. 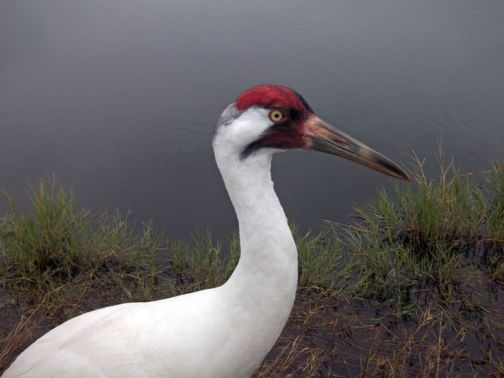 This would be an ABA Life bird.  We failed to find one in Florida this year and I have missed them on two trips to Texas.  I hope to return to Texas and see one next year. 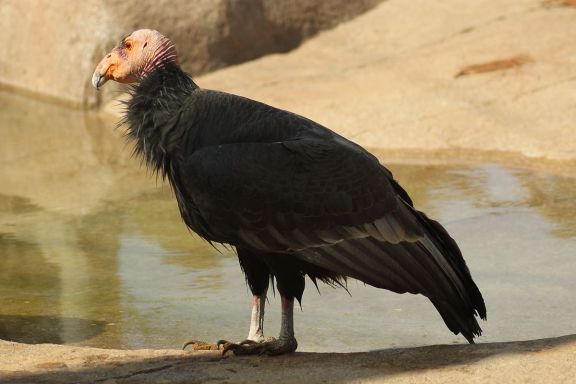 This too would be an ABA Life bird.  I am considering a trip to Southern California this year and if so will try to include Big Sur and hope to see one there if I do.  If not – then maybe the Grand Canyon next year.

This may be the most surprising bird on the list as it is not a super rarity and is not a reintroduction success story like the Whooping Crane and the California Condor.  But it holds a special place for me as it may be the bird that really got me hooked as a birder (See  https://wordpress.com/post/blairbirding.wordpress.com/2627).  The only one I have ever seen was at Baylands Park near Palo Alto in May 1973.  It is elusive and very small – hard to get a photo and that is what I want – to add to my ABA photos list.  Need a lot of luck – and a very high tide.

I imagine that most readers would love to see these birds as well but likely not all are in their Top 10.  As I made the list I also got to thinking about the Top 10 birds I have seen – and it is just too hard to make that selection – even if reduced to just those in Washington  or even just in any one year.  But going back to the start of the post and what put me in the mood, I wondered about the Top 10 birds I have seen “after October 19th”.  I came up with the following – a pretty good list certainly for the State of Washington – and many for almost anywhere.  I would be thrilled to see any of them again this year. 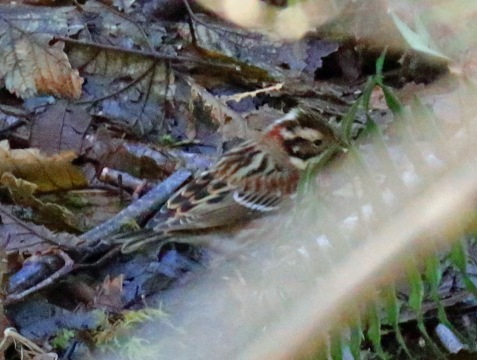 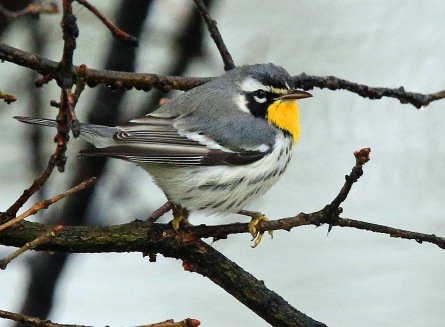