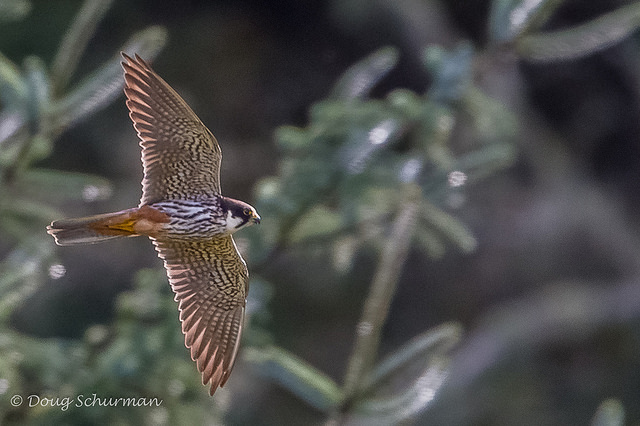 Since here again is another blog post on Neah Bay, it may seem like I am repeating myself or playing an old record over and over again or that there is an echo, but not so.  Neah Bay is simply that fantastic – especially in October and November and especially as it gets more and more attention from birders.  So here we go again – this was going to be a post about my visit on October 31, 2016 but as I recounted the great birds on that day and thought about my earlier visit this year, I also recalled the great birds in Neah Bay in previous Octobers and Novembers and that led to a two part post about what I have called the “Neah Bay Phenomenon – October/November“.  Part I goes back to the start of my focus on Neah Bay in these months – the Eurasian Hobby Frenzy of late October 2014.  Part II is about those months in 2015 and ends with the trip on October 31, 2016.  Who knows, maybe November 2016 will be exceptional as well and I will have to add a Part III.

On Sunday October 26, 2014 a Eurasian Hobby was reported on Ebird by Ryan Merrill, Brad Waggoner, Steve Mlodinow, Ryan Shaw and Charlie Wright in the Wa’atch River Valley in Neah Bay.  Some of these names will appear again (and again) in this post and the next as they are truly elite birders and responsible for many fantastic bird observations and reports in Washington.  hen there is an extremely rare bird in Washington  or anywhere else in North America, birders classify it as a “mega” – a sighting that gets everyone’s attention and is a “must see”.  The Eurasian Hobby was definitely such a bird – a true “Mega”.  Accordingly Steve Pink, Ann Marie Wood and I traveled to Neah Bay two days later on October 28 looking for the rarity.  Unfortunately even though it had been seen again the previous day and we saw many Peregrine Falcons (very similar) in the same area, one of which may have been the Hobby, poor light and poor views left us sufficiently unsure to be able to “count” the bird.  –  despite others reaching the opposite conclusion and counting it for their lists. We were pleased to find the Orchard Oriole, another very rare bird – coming to a feeder at 590 Bayview but very disappointed to not see the Hobby and we headed home. 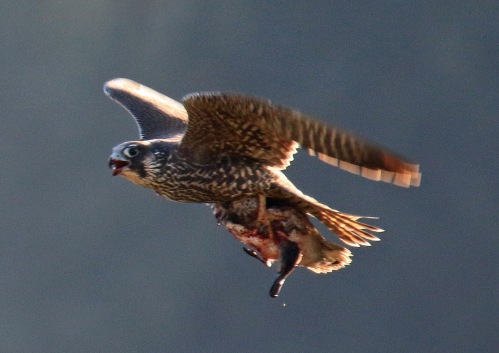 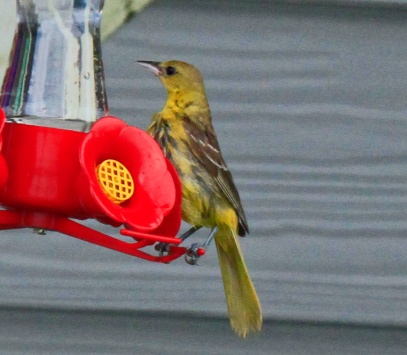 When the Hobby was reported again the following day, Steve and I headed out again early on October 30 determined to not leave until we saw it.  We headed directly to the Wa’atch Valley where the Hobby was being seen and in the morning, we had no luck.  But our luck turned when Tom Mansfield came by describing a bird he saw but could not identify at the creek mouth on the beach west of the Senior Center.  Steve thought it might be a Brambling – another very rare bird – and we headed over to Tom’s spot immediately.  Sure enough there was a Brambling feeding in the open.  A great consolation prize but the Hobby was the real treasure so we all headed back up the Valley after passing by the feeder on Bayview and again seeing the Orchard Oriole. 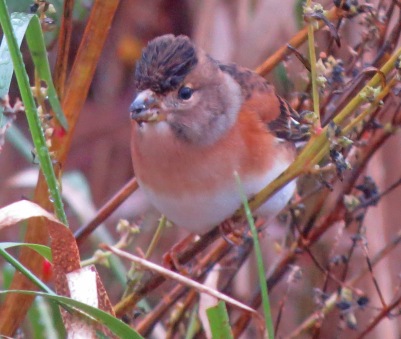 It took another hour of nervous watching but finally one of the falcons that flew by was smaller than a Peregrine and larger than a Merlin and with very pointed wings and rufous “leggings” confirming that we had the Eurasian Hobby.  It never perched and we were not able to get a photo but our two days of effort and many miles traveled were successful.  Neah Bay had delivered yet again.

The Hobby remained and on the following two days – now the weekend, seemingly every birder in the state appeared in the Wa’atch valley to see this remarkable bird.  Steve and I had departed but we heard that there were upwards of 100 birders who traveled to Neah Bay and they were successful – indeed moreso than we had been as the Hobby perched in an area which enabled some to get photos.  Doug Schurman – a terrific photographer and birder may have gotten the best and I include it here to show the fabulous and storied bird. 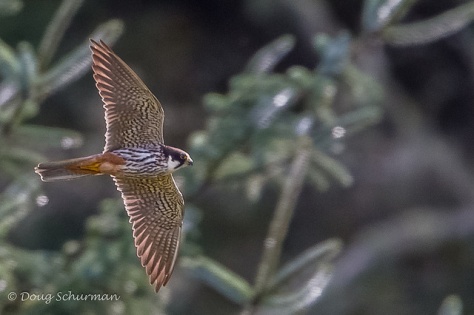 I had missed the spectacle and the photo op on October 31 – a picture I greatly wanted.  There were additional reports of the Hobby on November 1st together with reports of a Cattle Egret – a species I had not seen in Washington, so I wanted to return but could not for a couple of days at least.  Then a report of a Black Headed Gull in South Bend presented another rarity and I elected to try for it on November 4.  That was successful but the Hobby and Neah Bay were in my head and I wanted more.  There had been no reports after the 1st, but I figured that maybe everyone had already seen it and since it was now mid-week, maybe it would still be around.

I arrived in Neah Bay early on November 6th and immediately sought out and found the Cattle Egret at the Sewage Treatment Plant which was near the area where the Hobby had been seen.  It was very photo-friendly and I was very happy with that find.  I continued to hope for the return of the Hobby but had no luck and finally, as the weather was worsening, I gave up.  I had several good finds as I continued birding.  One was the Orchard Oriole yet again at the same feeder where now it was being joined by a Bullock’s Oriole – rare at this time of the year.  Another was a Palm Warbler – an uncommon but regular visitor in the Fall with Neah Bay being one of the best places to find one.  The best find of all, however, was Brad Waggoner.  I “found” Brad at Butler’s Motel. 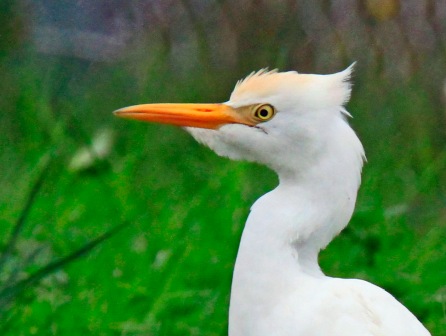 Brad consistently finds fantastic birds and had been one of the group that had first found the Hobby.  It was now pouring rain and very windy, not great for birding or birders.  Brad confirmed that there had been no reports of the Hobby since November 1st.  So that dream disappeared.  However, another quickly replaced it as Brad said he may have found a Lucy’s Warbler in the wood lot across from Raven’s Corner.  We trudged over and bushwhacked through the brush.  Earlier Brad had gotten fleeting views and had good audible responses but he had not been able to get a photo.  We had similar luck.  The bird was extremely secretive and all we could see was movement of some unidentifiable bird that responded clearly and well on at least three occasions to playback but never came out into the open.  Why was it there?  It breeds in the hot Sonoran desert and is relatively easy to find there but this was about as opposite of that habitat as one could get.  I had seen a Lucy’s at three locations in Arizona in late June 1977.

The Lucy’s Warbler was heard again by Brad and his brother Dan the next day but never showed itself.  On September 16 in 2015 (yes outside the October/November Phenomenon), Ryan Merrill found and photographed another Lucy’s Warbler in the Wa’atch Valley in Neah Bay – the second state record.  I include Ryan’s photo. 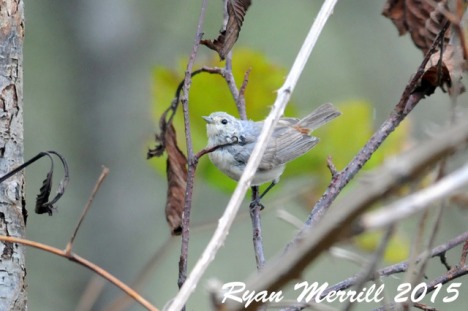 I was very fortunate to have intersected with Brad and to have been taken to his prize find.  Maybe even better than a Hobby photograph.  I had many more great observations in November 2014, but that was my last trip to Neah Bay.  October and November had been – well, phenomenal.  Here is the recap of exceptional species seen there:  Tropical Kingbird, Orchard Oriole, Brambling., Clay Colored Sparrow, Palm Warbler, Eurasian Hobby, Cattle Egret, and Lucy’s Warbler.  This would be a fantastic list for the state for any year – maybe even for several years – yet all of these birds were found in magical Neah Bay in just over one week!!

Neah Bay had always been known as a great birding spot but the Eurasian Hobby frenzy and the increased use of listservs like Tweeters and reporting and ease of use of Ebird increased our consciousness and awareness of just how special a place it can be in the Fall.  Part II of this blog moves on to 2015 and 2016 and concludes with shared observations, experiences and photos from my visit there on October 31, 2016.

2 thoughts on “The Neah Bay October/November Phenomenon – Part I: Starting with a Hobby in 2014”