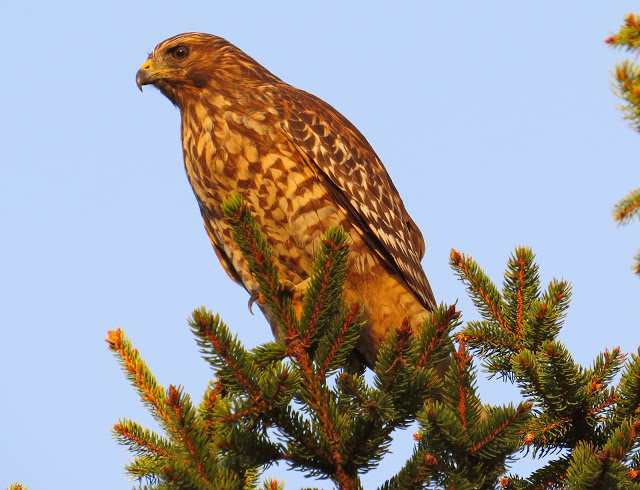 Today’s birding took me to lots of places – starting with a stakeout looking for a Lesser Goldfinch in Snohomish County where it is extremely rare.  Not a good look, but unmistakable.  Thank you Ann Marie (again) and David Poortinga who discovered the rarity at a feeder – at his house.

Now where?  I wanted to look for a Short Eared Owl at Eide Road so I headed off to Stanwood and as I usually do I made a quick stop at the Stanwood Sewage Treatment Plant (STP) where there were a few ducks including a Ruddy Duck and some Dunlin.

Eide Road (Legue Island) is a favorite spot – really put on the map by superbirder/lister Michael Williston before he relocated to Omaha.  Over the years I have had many wonderful birds there and it is a reasonably reliable spot for Short Eared Owls – as it was today.  Caution is needed however as it is prime hunting ground and today I was reminded of this by the pick up trucks filling the parking lot and the shots ringing out in the fields.  I remained on the road and in the car and had terrific looks at a single Short Eared Owl before other photographers, not in a car, motivated the owl to fly off its open perch – even though they were not intrusively close.  Lots of spectacular Western Meadowlarks with their black vests on bright yellow chests.  But time to move on again… 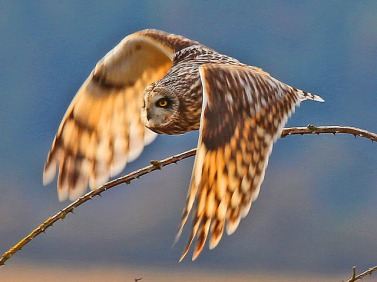 Not far from Eide Road is another favorite place – but of an entirely different kind – the “Sparrow Spot” on Norman Road – which is a much more appealing designation than – the “Manure Piles” on Norman Road.  But whatever you want to call it, the place has lots of birds and is especially good for sparrows.  Today was no exception with 9 species of “sparrows”:  White and Golden Crowned, Song, Lincoln’s, White Throated, Fox and House (ok it’s a weaver) Sparrows plus Dark Eyed Junco and Spotted Towhee.  Also seen were Orange Crowned and Yellow Rumped Warblers, Bald Eagle, Trumpeter Swans and the Barn Owl that roosts in the red barn next door.  Not today, but a Harris’s Sparrow has been found there as well. 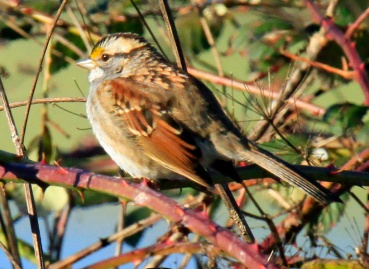 It is NOT the most pleasant place and with windows open the stench can be pretty bad.  It is basically a couple of manure piles from the neighboring dairy with some hay often around as well.  The farmers are nice to birders but you do have to stay out of the way of the tractors bringing in “material” to add to the collection so to speak.  It was the combination of that stop and the stop at the Stanwood STP that prompted today’s post.  Not that there is a paucity of evidence to support the proposition anyhow, but the amount of time that birders spend at Sewage Treatment Plants, Landfills, Garbage Dumps, manure piles and sewage lagoons is proof positive that we are – well, at least different.

Today got me wondering about the birds I had seen over the years at such places – so I did a little studying.  In the State of Washington I have seen just under 410 species.  If someone had asked how many I had seen at the aforementioned kinds of places I would have guessed maybe 75 – not even close.  The actual number and I am pretty sure I have missed some spots (like the junkyard at Neah Bay) is 135!!  And not just quantity.  How is this for a list of really good Washington Birds:  American Bittern, Baird’s Sandpiper, Barn Owl, Cattle Egret, Elegant Tern, Franklin’s Gull, Harris’s Sparrow, Lapland Longspur, Little Gull, Merlin, Red Shouldered Hawk, Ruff, Semipalmated Sandpiper, Sharp Tailed Sandpiper, Stilt Sandpiper, Thayer’s Gull, Tricolored Blackbird, Tropical Kingbird and White Throated Sparrow. 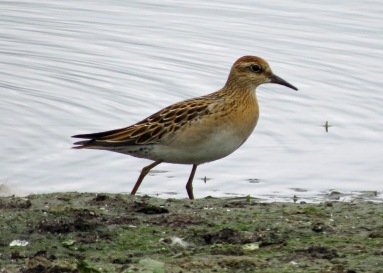 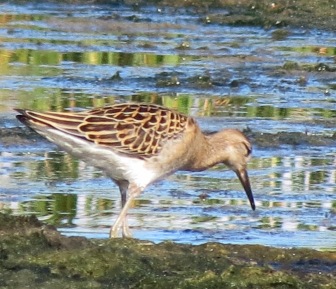 On a trip to India we searched for a Painted Snipe, a truly beautiful bird in the most foul sewage lagoon I have ever seen – absolutely disgusting place and no bird.  I questioned our sanity then and admittedly I probably would have reached a different conclusion if the bird had been found.  I also wonder about the ducks that float around for days on end in places like the Everett Sewage Ponds – how does that compare to the experience of their cousins that live in pristine lakes somewhere.  (And do hunters shoot these ducks — and EAT THEM?) I guess it is all about food and safety but they have wings and theoretically have better spots available to them.

Maybe this blog is a response to the urges I have had at times to “write a book”.  I expect many of us have these thoughts and fortunately we never act upon them and face the reality.  One of the subjects that I have had in mind often is “Birds of the STP’s”.  In my dream the book would be light hearted and would be illustrated.  And in this vision the illustrator of course would be Gary Larson – his offbeat take would show the birds with just a little something “off” – a third eye, perhaps a giant bill – the result of living with what must be “bad stuff” in the sewage or garbage.  Then I wonder too if we birders hang around these places too much,  will we become a little “off” as well – or maybe if it has already happened. 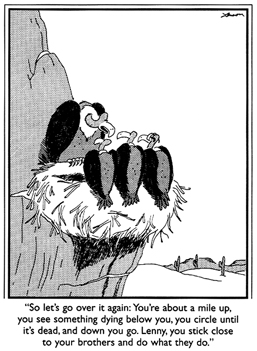 See you at the dump… bring your scope!!!

2 thoughts on “Birds of the STP (and other Yucky Places)”