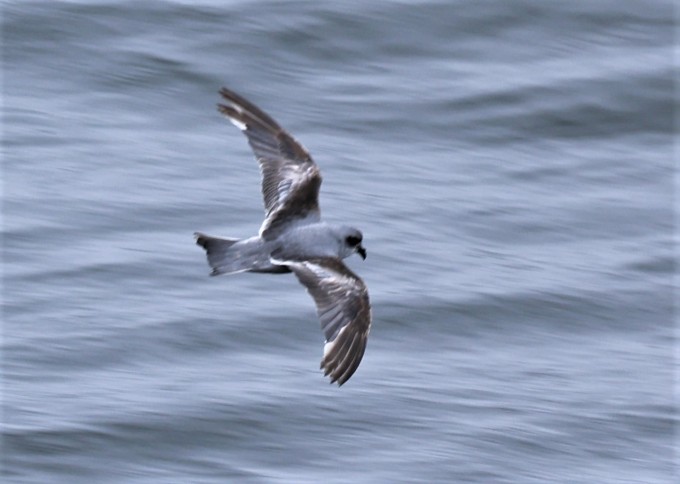 I miss writing. My last blog post was June 16th chronicling the very cooperative Costa’s Hummingbird that visited Walter Szeliga’s yard in Ellensburg and stayed for almost two weeks. A wonderful bird and a very gracious host. Birding has been fairly limited since then attributable both to the slowness of birding in July and my concentration being elsewhere as my wedding to Cindy Bailey approaches later this month. At least I have my priorities right. But I found that I do have some trips to write up despite a relatively quiet two months since that last blog past with less momentous sightings and and not the best weather on one of them – they were good escapes from my “To Do List”.

I have been birding in Washington for almost 50 years and until this year I had never even heard of Veazie Marsh near Enumclaw in Southeast King County. On June 24th after seeing a pretty impressive list of good birds highlighted by a White Faced Ibis that returned after an absence of more than a week, I finally decided to make the trek. That was a good decision. The Ibis was not immediately present but both Blue Winged and Cinnamon Teals cooperated and I was able to get a photo of the American Bittern that flew in and disappeared for a moment in the thick grass. Always a good bird.

It wasn’t long afterwards that I finally spied the White Faced Ibis and despite the distance was able to get the prized photo. I had missed the White Faced Ibis at Ridgefield Refuge earlier so this was my first record of this species in Western Washington. Afterwards another birder told me of a great spot to find Virginia Rails and it was great advice as two came out for photo sessions.

For the next month, birding was limited to my home turf at Point Edwards in Edmonds with the highlight being a First of Year Heerman’s Gull. I can see the Edmonds marina and fishing pier from my new condo and these gulls return to the marina every year. My first one was seen on June 30th. On July 9th I was able to get away for a couple of hours and saw very distant Baird’s and Semipalmated Sandpipers at Eide Road – no photos – and then for zillionth time saw the “rare” Black Phoebe which has been present for years at Wylie Road. Also a nice photo of a Yellow Warbler.

In the Year (Plus) of Covid, the biggest loss was the loss of birding with friends. There had been unplanned intersections where I ran into friends out in the field but no collaborative trips. On July 22nd I finally had the chance to join friends Jon and Kathleen Houghton on a trip to Beckler Road specifically looking for a Sooty Grouse – a new 2021 species for all of us. I have had good luck with this species at this location in the past, and luck held again as we found a hen and 4 chicks walking up the gravel road and we also heard a male booming close by. This is the first year in many that I have not made the trek to Sun Mountain Lodge where Dusky Grouse are almost guaranteed and I had missed Sharp Tailed Grouse earlier, so this was a very welcomed “chicken”.

And one of the best ways to bird with friends is to join them on a Pelagic trip with the fabulous team of Westport Seabirds. I had tried to join them on earlier trips but the boats were full so the first time I could go out was on July 24th. I always head down to the coast the day earlier and try to find shorebirds at favorite places. Late July is not the best time for this pursuit but it would have to do. I had not yet seen Short Billed Dowitchers, Marbled Godwits, Red Knots or Wandering Tattlers in 2021 and figured I would find at least two of these species on this trip. Wrong. Thousands of Semipalmated Plovers and Western Sandpipers on the open beach where there were also small numbers of Sanderlings (in breeding plumage), Least Sandpipers and a single Snowy Plover, but not a single large shorebird there or at Westport or at Bottle Beach where there were only a handful of shorebirds – total. There were the usual Willets at Tokeland where there was also a single Short Billed Dowitcher, my only shorebird FOY of the day – joined by my first Brown Pelican of the Year first seen at Tokeland and then by the dozens at Westport.

I knew the pelagic trip would bring many new species, but the great hope was for a close encounter with a Short Tailed Albatross. One had been seen recently and although I had seen one in Washington and even had a picture, it was a poor one and the sighting on the earlier trip was up close and very photo friendly. My hopes were high but when the marina was fully enveloped by fog, there was some doubt and this concern increased as the trip started very slowly with a bumpy passage over the bar and far fewer birds seen than usual as we headed west. At first it did not appear that there were any trawlers/fishing boats to chase but Captain Phil found first one and then many and they became our target. When we intersected them, things really picked. Even so at first despite many hundreds of birds, there was not great diversity – Sooty and Pink Footed Shearwaters, Fork Tailed Storm Petrel, a few Cassin’s Auklets, Black Footed Albatrosses, Northern Fulmars and a single Red Necked Phalarope. All were new for the year as was a juvenile Tufted Puffin but hopes were for much more. It would have been nice to have some sunshine as well. Not great for photos, but there was no rain and the seas were calmer on our return.

Sadly no Laysan or Short Tailed Albatross and there were only single sightings of Sabine’s Gull and Parasitic Jaeger – seen by only one or two people. The boat headed west to deeper water hoping for new species. Forty miles out after seeing almost no birds, we stopped and chummed to attract some new ones. Chumming can be super productive and exciting, but not this time. The conclusion was that all of the birds were back at the fishing boats so we turned east and returned to those bird magnets. And the birds were there, the ones we had seen earlier including more and now several more species. The best was a Flesh Footed Shearwater. One birder thought he may have seen one earlier and now we all got decent looks. We also had great looks at Short Tailed Shearwaters – often a difficult ID. A couple of Sabine’s Gulls flew close and we had two Arctic Terns – seen on very few trips. A brief distant look at a single Leach’s Storm Petrel but we had good looks at a Parasitic Jaeger and a Pomarine Jaeger and later a South Polar Skua – and another would be seen later.

Still no really really rare birds and not a hoped for Buller’s Shearwater or any Red Phalaropes but now an excellent pelagic list and a better than expected 16 new species for the year. But I had expected a chance for Wandering Tattler on the jetty rocks on our return trip and expected many Marbled Godwits on the barges as we returned to the marina. But we had spent longer than usual at the productive trawlers and thus did not go by the jetty and for who knows why there were NO godwits at the marina.

It has often felt like a slow and not very productive year but there have been more than the normal number of new state birds and my species count to date is not that far behind other years that ended with pretty good numbers. That will not be the case this year and the drive is not there and I am not planning to do many more trips. But I just finished one – a Puffin Cruise organized by Ed Pullen and that will get top billing on my next post.