For the first 30+ years of my birding life, I took no pictures.  It was not until I traveled to Australia in 2003 that I finally got a camera to take pictures of scenery as much as of the birds.  That first camera was a Canon Powershot.  It was a digital point and shoot zoom camera with maybe 20x magnification.  I didn’t know much about photography and frankly didn’t care.  Mostly I was trying to get pictures to catalog my experiences and to have images to help remember them.  The pictures in Australia were limited and not too great, but the photography seed had been planted.  It would grow. 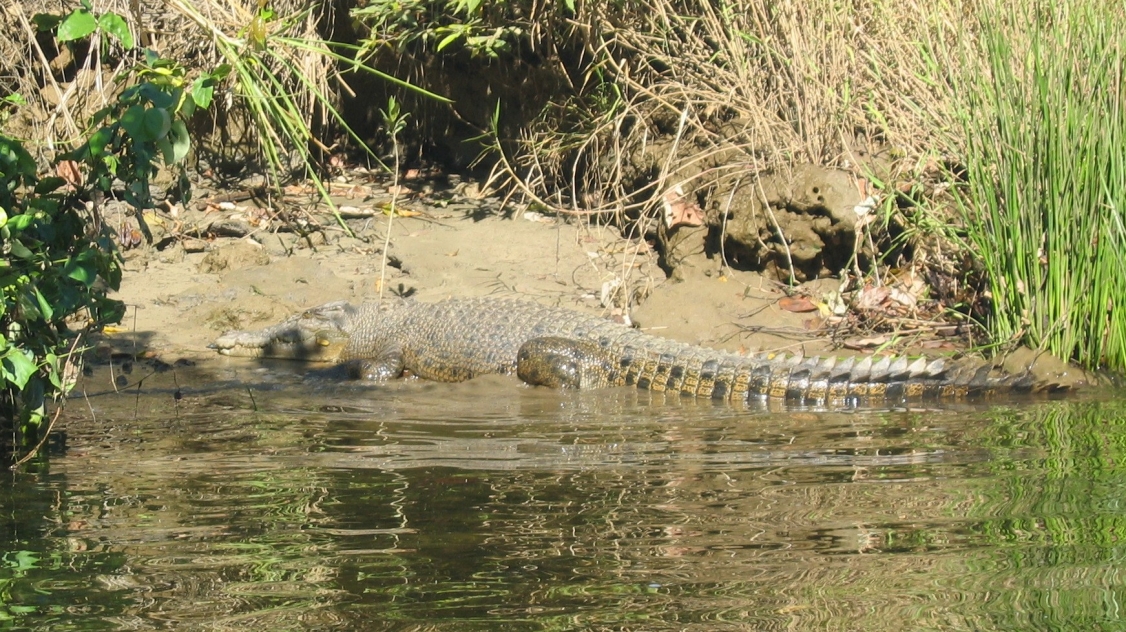 For the next 10 years until 2012 my birding continued to be mostly international as I visited Brazil in 2005, Kenya in 2007 and India in 2011.  Canon introduced new cameras in their Powershot series and I upgraded to more powerful Powershots – finally a SX50 – each providing more and more magnification.  And each provided better pictures and more importantly provided more enjoyment as the photos became more important adding to my birding experiences. 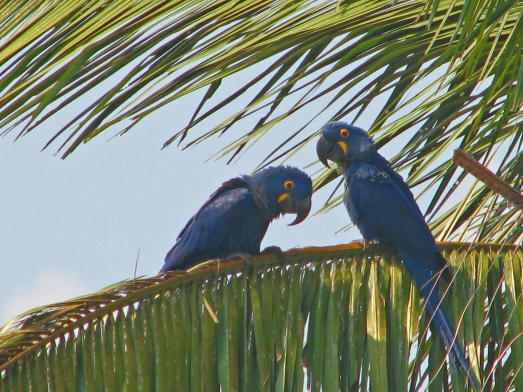 The continuing increased role of photography reached a high point in 2015.  I had done a a State Big Year in Washington in 2013, 364 species seen with pictures of many.  In 2015 I decided to do another Big Year in the state but trying to get photos of as many of the species as possible.  In support of that adventure I bought my first Digital Single Lens Reflex camera (a “DSLR”) a Canon 7D Mark II with a zoom lens.  The year ended with pictures of 358 of the 361 species seen.  (Photos missed were Boreal Owl, Flammulated Owl and Common Poorwill.)  That was the camera and lens combination that I have used for the last 5 years.  I had some problems with the camera body which failed in Arizona and with the lens that failed in Louisiana in 2018 – big disappointments but that set-up served me well for hundreds of field trips and many thousand photos. 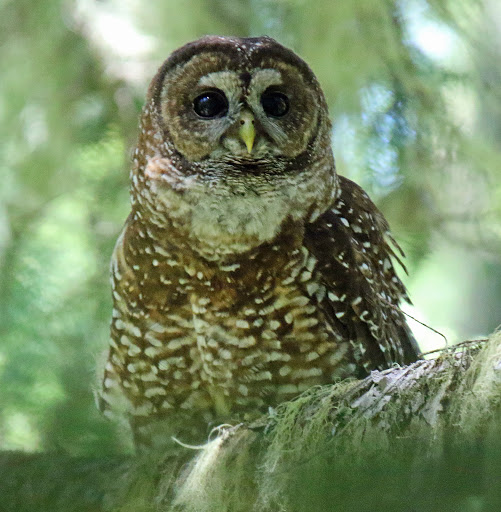 Then on February 17th I put my name on the list for a new Olympus mirrorless camera that was going to be released to the market the following week.  Over many preceding months birding friends who are terrific photographers had made the switch to mirrorless Micro Four Thirds cameras which are very much smaller and lighter than the DSLR combos they and I have been using.  They appreciated the lighter weight in the field and the smaller size in their travels, but they would not have made the switch without confidence that the quality was top notch.  Many had chosen various models offered by Olympus finding the quality of cameras and lenses to be excellent with two additional advantages.  These cameras were almost waterproof and their image stabilization features were far superior to models that had preceded them.  AND…Olympus was about to bring out a new model – the OM-D EM-1 Mark III promising even higher quality.

Olympus has a fantastic “loaner program” through which I was first able to get a OM-D EM-1 Mark II camera body with a 300 mm lens to try for three days for free.  I really liked the camera.  I had some trouble finding my targets with the lens but the pictures were very good.  A major plus for this camera is incredible image stabilization and with the Micro Four Thirds processor, it essentially doubles the effective magnification.  Thus with a 300 mm lens it is equivalent to 600 mm.

Bewick’s Wren with the Mark II and 300 mm Lens

I had been working with Joanne Dailey at Kenmore Camera and she arranged for me to be able to get an advance model of the OM-D EM-1 Mark III and I coupled that with the 300 mm lens.  I gave the combo a real workout and was sold – at least for the camera.  The lens was terrific but I was used to my zoom lens and found that I had difficulty getting on the birds in the high magnification of the 300 mm lens especially with a 1.4 extender.  Still some very nice photos including of a very cooperative Northern Waterthrush and a finely plumaged Gadwall at Wylie Slough in Skagit County. 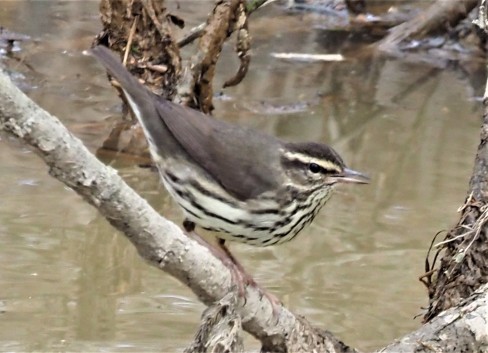 I returned the loaned equipment and picked up my own OM-D EM-1 Mark III and 300 mm lens with a 1.4 extender and gave them another try.  I continued to have trouble finding the birds in the viewfinder without the zoom and went back to the drawing board.  Olympus has a 50 mm/150 mm zoom lens but that does not have sufficient magnification for my purposes.  It is due to release a compatible zoom lens later this year maybe even two – one a 100-400 mm zoom and the other a 150-600 zoom possibly with a built in 1.4 extender.  With upcoming trips to Florida, Cuba, Arizona and Texas, I did not want to wait.  I remembered that Joanne had told me that Lumix/Panasonic lenses made by Leica were compatible with the Olympus body and there was a 100-400 mm Lumix that got great reviews.  I tried it out in the camera store and was very pleased so I traded in the 300 mm Olympus for that zoom lens and returned my 1.4 extender which is not compatible with the Lumix lens.  The original combination with the extender was equivalent to 420 mm and the zoom was 400 mm at maximum power so there was not significant loss, and the reduction in cost saved me almost $1,000 – a real bonus.

Except for the phone pix taken at the Oyster Bar Restaurant, all photos below were taken with the Olympus/Lumix combination and I am very pleased with the quality and with the much smaller size and decreased weight.

On March 10, I birded in Whatcom County with the specific goal of adding three species to my County Life List bringing it to 200.  The weather was overcast and a bit rainy and I definitely have not mastered the new equipment but it was a very fun time and I did find the three new species: American Dipper, Evening Grosbeak and Purple Finch.  Decent photos of the first two but the gems were a displaying Long Tailed Duck with a VERY long tail, a Varied Thrush and a Red Breasted Sapsucker with a VERY red breast. 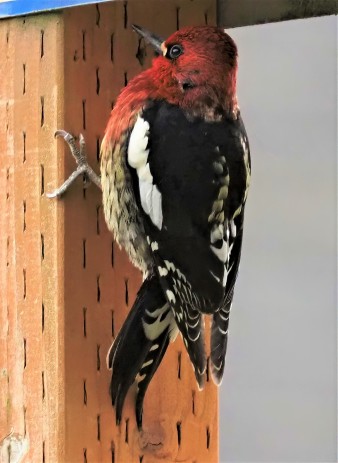 Today, March 12th, I squeezed in a couple of hours of birding after taking Cindy to the Paine Field Airport as she left for a memorial service in California for a dear friend that died unexpectedly and suddenly recently – a tragic loss.  I returned to Skagit County and picked up a couple of FOY’s and then had some nice photos at Wylie Slough as I continue to gain experience with the new camera and also continue to be very pleased. 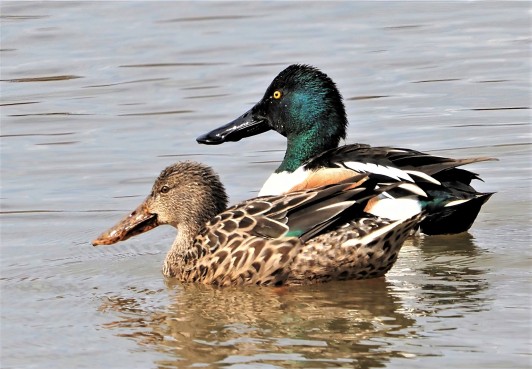 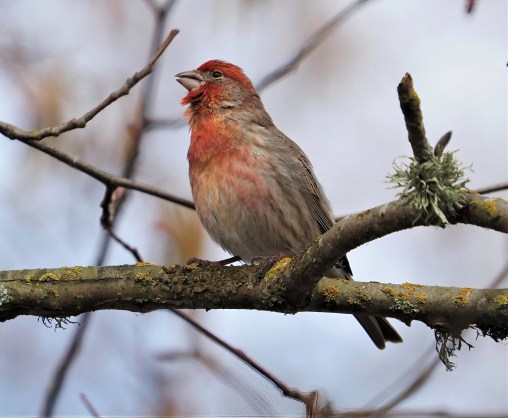 Tomorrow I head out with Jon Houghton to Eastern Washington with hopes that the Shrub/Steppe/Sage species will be in and that I will have photos to prove we saw them.   [Note:  we made that trip and added some new species but we were in falling snow and or very gray skies all day – no photos.]

The photos below are out of sequence – earlier than the ones above.  The first two were surprises at the off leash dog park in Edmonds and were not long after getting the new equipment and were confidence building.  The last set are the most important – a very nice bird and a very lovely dinner marking an important date. 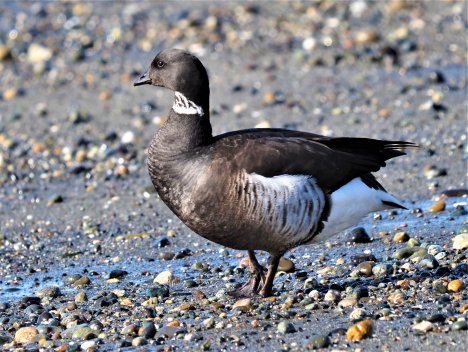 These photos of a Short Eared Owl – one of 3 seen – was very special not just because the photos are nice, but because it was an appetizer of sorts to a superb meal at the Oyster Bar Restaurant on Chuckanut Drive on March 6, where Cindy and I celebrated our one year anniversary of knowing each other.

King Salmon at the Oyster Bar

Sturgeon at the Oyster Bar

Cindy and Blair at the Oyster Bar 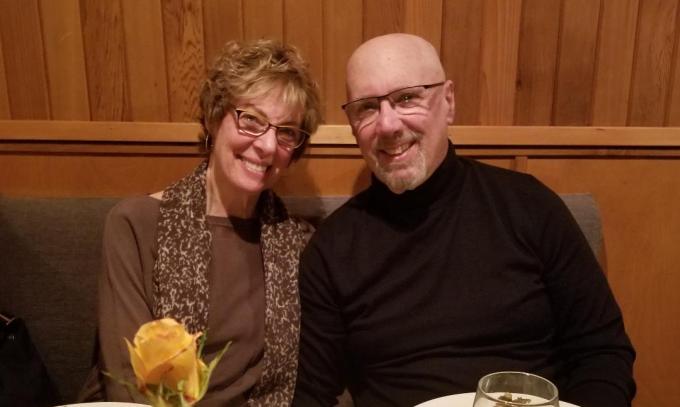 4 thoughts on “Smile for the Camera Please”