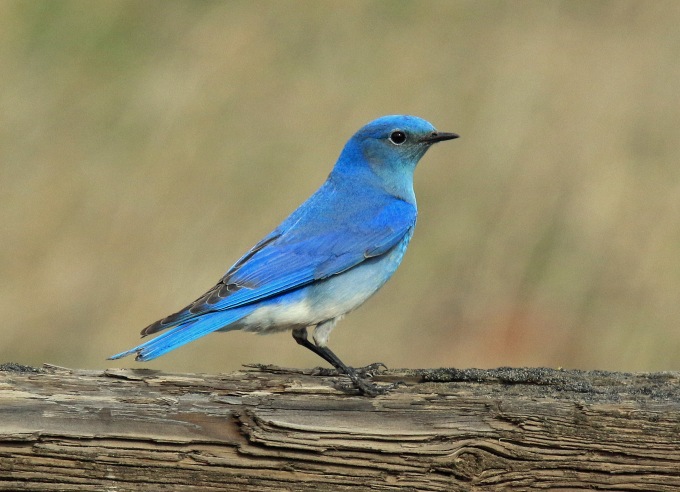 Spring was definitely in the air as Steve Pink, Frank Caruso and I headed off early Saturday morning for some birding in Kittitas County with a special effort to find White Winged Crossbills reported for awhile at the Central Washington University Campus in Ellensburg.  The weather was predicted to be warm but with a good chance of precipitation and some wind.  Weatherman was wrong again as we had a mostly sunny, dry and wind free day after early morning fog. 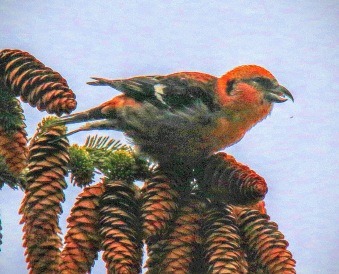 Our first stop was in Cle Elum where we drove through town (and South Cle Elum) checking feeders and hoping for Evening Grosbeaks and Cassin’s Finches and whatever else.  Not a lot of birds and nothing of note.  We had little trouble finding  4 or 5 Pygmy Nuthatches at their favorite spot at the Northern Pacific Railroad Ponds but no Evening Grosbeaks or Cassin’s Finches and generally pretty quiet even though the fog had broken and we had nice sunshine.  We did however have at least 5 Tree Swallows – first of year for all of us. Also some Mountain Chickadees with their rasping calls.

We made the required stop at the Cle Elum Bakery for coffee and a donut and then returned to I-90 heading to Ellensburg and CWU.  As we got out of the car in the parking lot at the University, we saw a birder with camera intently watching a cone laden tree and we wondered if it was going to be a target quickly found.  Alas Lamont ? did not have Crossbills or anything else of note but he was a great source of info and told us two Seattle area birders (Grace and Ollie) had seen a single White Winged Crossbill earlier up by the Japanese Garden where they had been reported by Walter Szeliga earlier in the week.

As we wove our way through the campus construction projects and to find the  Garden, we heard a call that was “different”.  Steve was the first to suggest Townsend’s Solitaire.  I played the call and the bird came in immediately from a rooftop to a tree within 5 feet of us.  Posed for a few seconds and then left for its unseen rooftop hangout.

We finally arrived at the Garden and found another birder, Woody Wheeler, also intent on more cone laden trees. And now there were Crossbills – lots flitting around – mostly not in the open.  After a few moments, Frank and I independently got quick but fairly good views of a single bird with distinct wing bars – and then it was gone.  We all searched for quite a while longer and never again saw the singleton.  About 90% sure it was our target – especially after learning later that this was the same experience Grace reported.  There were also lots of Red Breasted Nuthatches and Black Capped Chickadees and a few Pine Siskins.  Sadly no photo of the disappearing “probable” WWCB.

After an hour plus, we gave up and headed East.  Deb and Bill Essman have been great friends and tour guides in the area before so we took a chance and stopped at their home east of Ellensburg not far off the old highway.  Frank and I had a wonderful trip with them up Coleman Canyon last year and any visit is always fun and informative.  Deb was home and we introduced Steve to the “trophy collection”. (They are serious, successful and ethical hunters as well as excellent birders.)  We shared stories, got some tips and then headed off.  BTW many years ago a White Winged Dove was at her place – long gone now LOL!!

Steve with New Friend (Jon Houghton will Recognize this photo)

We headed towards Vantage on the old highway.  We stopped first at a spot where Frank and I had Burrowing Owl last year – but no go – too early still most likely.  Then we birded some spots in the Quilomene.  At the Corral we were treated to several of the Sage/Shrub Steppe specialties although it is still a tad early for some others.    We had killer views of Mountain Bluebird, Sagebrush Sparrow and Say’s Phoebe.  We continued on to Gingko State Park and Recreation Road where we had very few birds including a distant heard only Rock Wren. 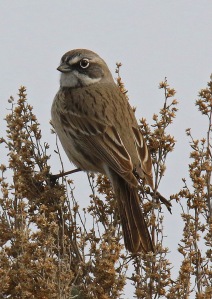 It was now getting late so instead of returning for one more try at the White Winged Crossbills we headed down Huntzinger Road to a good spot for Canyon Wren. When we arrived I mistakenly played the Rock Wren song and almost immediately had a Canyon Wren reply and fly in towards us.  This feisty guy almost never shut up afterwards – definitely one of the best songs in the bird world.  He kept coming closer and closer – maybe only 15 feet away – best views ever.  Later returning the favor, we had at least 3 Rock Wrens respond when we played the Canyon Wren song followed by the Rock Wren.  They did not come in close for photos but provided nice views in the downhill mini-canyon.  And then out of nowhere a small falcon zipped through.  We had seen two Kestrels up the road, but this was a very dark Merlin – an unexpected treat. 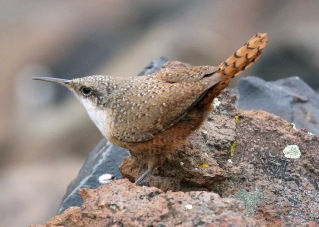 So we ended on a high note and headed back to Edmonds.  I will be co-leading an Audubon field trip to the area on March 26 with Jean Olsen.  I hope these birds remain and some of the other special birds will join them and show off for us as well.