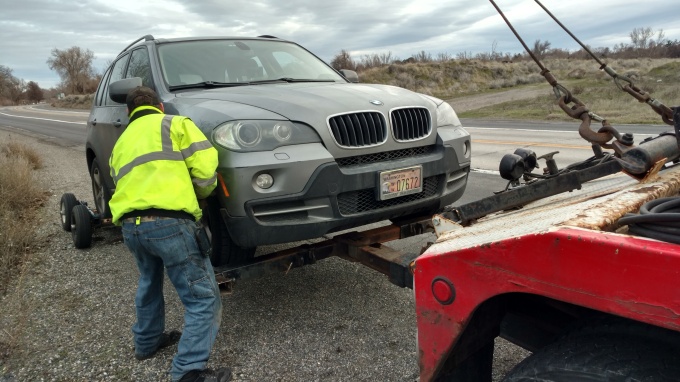 Last year I put more than 35,000 miles on the car photographing birds around the state.  In the previous three years, annual totals were less but still way above average.  It adds up and eventually there is a price to pay.  Some of that price was paid earlier this week when trouble hit on my way to Walla Walla.   Not to curtail interest in this post, please know that it had a relatively happy ending – certainly far better than it might have been.

I am going to be out of action for the rest of the month as I will have cataract/lens replacement surgeries that will hopefully after 60 years rid me of the glasses I have worn since I was a young kid.  Should be straightforward procedures but there can be complications, so I wanted to take “one more (last?)” trip before the surgeon started poking around.  Spending time in the field with Mike and MerryLynn Denny is about as good as it gets – for birds and company – so I called them and it turned out I could join them for a scouting trip for their Owls By Day trip that is probably concluding just as I am writing this (Saturday February 6).  So I had a plan.

The plan was to leave very early on Thursday – stop at some favorite places in Cle Elum and then drive Canyon Road from Ellensburg to Yakima where a  Northern Mockingbird and Anna’s Hummingbird had been reported recently in a residential neighborhood.  There were 5 inches of fresh snow in So. Cle Elum and I was the first tire tracks on many of the streets – which was very cool.  A feeder I often visit had a few Cassin’s Finches – but no Evening Grosbeaks which are also often present.  A single Pygmy Nuthatch accommodated at its regular spot at the Railroad Ponds.  A good start.  Canyon Road was beautiful as usual – no falcons, lots of eagles and a gorgeous Ring Necked Pheasant that I spied in the grass along the road.

I am not a County Lister per se but in the process of sending in a report of observations to Ken Knittle, the form asked for the numbers of species seen in Western Washington and similarly for Eastern Washington.  I had no idea.  It required a lot of manipulation of my Ebird records but I found that I had seen 353 species in the West but only 286 in the East.  Not going to get compulsive about it, but I figured it would be nice to get to at least 300 for that latter category – thus my interest in the two aforementioned species that I had never seen east of the Cascades.

The hummer was coming to a feeder at 209 Parsons Avenue and the Mockingbird had been found by Michael Hobbs close by.  My GPS got me to the Parsons address and I found the feeder but no hummingbird but I also found LOTS of birds in the area – they were flying about everywhere.  Included were 4 Western Scrub Jays which turned into 3 when one flew out of the tree and crossed the street before disappearing into a backyard.  It was the Northern Mockingbird.  Also included was a nice flock of Red Crossbills (I have no idea of what “type”).  One flashed a spot of white on a wing that got me real excited for a moment – but it was just a spot – definitely not a wing bar. I returned to the feeder and this time the Anna’s Hummingbird made a brief appearance.  More good moments for the day.

Now it was off to Bateman Island outside of Richland where many uncommon gulls had been reported recently.  Hundreds of gulls were roosting on a boat shed in the Marina.  Lots of looking found a Lesser Blacked Gull (I had seen one there in December as well) but no other dark mantled birds – so no Slaty Backed Gull.  There were lots of ducks as well as more gulls in the water so I enjoyed a late lunch and searched.  Nothing to write home about so about 2:00 I left intending to do some birding in Walla Walla County.  About 1/2 mile from the marina I saw what appeared to be some Canvasbacks, a favorite and very elegant duck, near the road in the lake and I did a U-turn for a good look.  Turned off the engine and got out with camera and scope.  Lots of great ducks including the aforementioned Canvasbacks, Ruddy Ducks, both Scaup, Ring Necks, Common Mergansers and others.  A nice spot. 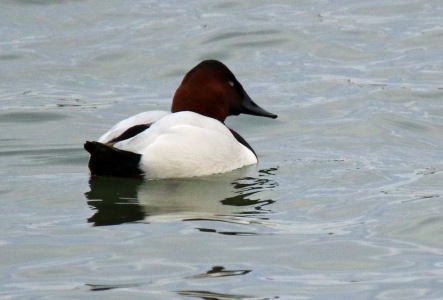 Back in the car – and NOTHING!!!  It would not start – not even a hint.  Uh-Oh BIG Uh-Oh.  I turned off everything  – waited a few minutes and tried again – same result.  NADA!! At least I am somewhere with cell reception so I call for Roadside Assistance through my insurer.  They are going to send someone to try to jump start.  30 minutes later he arrives – battery is not the problem AND somehow the car is now locked into PARK so a simple tow will not be effective.  Another 35 minutes have passed.

Back up a step:  I have a BMW – it has been a GREAT CAR – but there are not a lot of BMW dealers around – and definitely not in the places I often bird – so if something is not simple – it can be really not simple!!  But luck is with me – I am literally 4 miles away from the Tri-Cities BMW dealer.  The Roadside Assistance guy has no idea how to get the car out of Park.  I call the BMW dealer and get their service folks – who explain how to get the car out of Park but it requires an Allen wrench.  (This begins an absolutely terrific response and accommodation from this company.) Now you would think ANY tow company would have such a tool – nope.  They can send someone else who does and who also has the dolly towing system that will likely be needed to tow if it remains in that gear.  I confirm with the BMW dealer that they can get the car into their service system for the next morning and they recommend a different towing company.  They are now my best friends.  I call their tow company.  I do take advantage during the wait to snap photos of some Scaup. 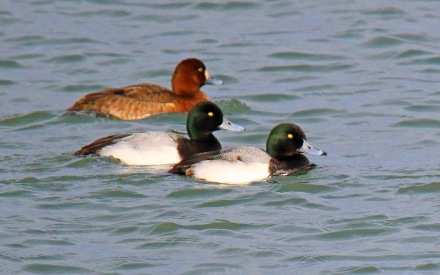 He arrives in 20 minutes and immediately is confidence inspiring – “No problem, we will get you up on the dolly and should have you at the dealer shortly”.   As can be seen in the photo, this essentially involves building a trailer and using leverage with a jack to get the car onto it – very cool – this obviates the need to deal with the car stuck in Park.  The driver is a neat guy. 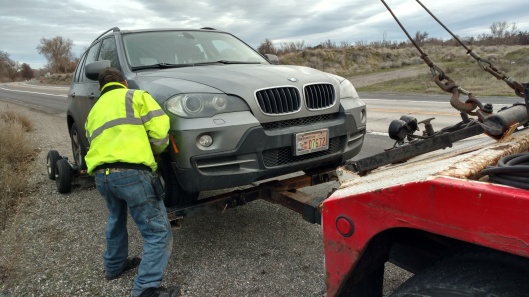 Yes another 30 minutes has passed – but now I am at the service department, and Mandy Slaugh, Service Advisor, is in charge – actually she has been from the first call and she is terrific.  Earlier I tried to figure how this was going to work:  Option A: get car to BMW, they check it Friday and they will be able to fix it by end of business Friday; Option B – same as A but it is going to take until to Saturday to fix it (fortunately they are open Saturday); and Option C – cannot get parts/fix until Monday next week.  I could make A and B work but C would be a disaster as I had the pre-surgery check up scheduled on Monday and the Surgery was scheduled for Wednesday.  Fitting in a 500 mile round trip to get the car on Monday was not a recommended pre-surgery procedure.

Mandy had said she would get me a good deal from Enterprise and that the daily charge would be “regardless of miles traveled”.  This not only meant that I could have a car for a return to Edmonds and then back to Richland if necessary, but also I could actually continue on to Walla Walla while my fate was being decided.  She had the rental car waiting as I arrived.  She promises they will assess first thing in the morning and get back to me with diagnosis and plan by 10:00 a.m.  I authorize $X (expecting it will be more – maybe far more).  EVERYONE at the dealership is great.   The guy who has brought my car from Enterprise is great.  There is just something about small towns – I had a big problem; it was going to cost money; but it was going to get taken care of and they appreciated my situation and cared and committed to solve it.  Yes it had taken 3 hours to get to this point; and yes on the way to the dealer, we had passed by that same boat shed at the Marina and there were now at least twice as many gulls as early; and yes I am willing to bet that one of them was a Slaty Backed Gull. But there was plan that would at least allow me to bird the next day.  Slaty would have to wait

I call Mike and MerryLynn and tell them that unlike my earlier call to them when it appeared there would be no way to join them, that in fact now I would.  So this is the end of Part I of the Adventure – I have my car and am heading to Walla Walla.  I know I am in good hands and since there is nothing yet I can do about anything – I actually relax and look forward to the next day…the subject of Part II. 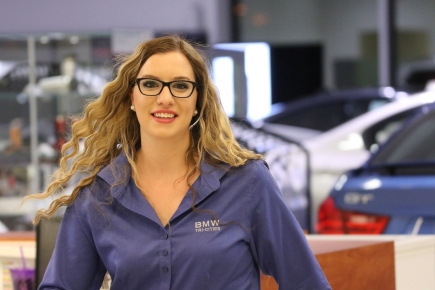